FASTag/UPI Based Cashless Parking Facility Opened At Kashmere Gate: How It Works 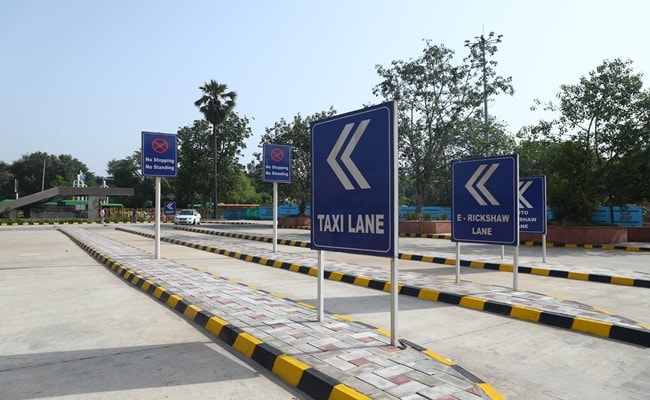 Delhi Metro authorities launched the country's first FASTag-based cashless parking facility at the Kashmere Gate station - the only triple interchange station on the network, as part of its multimodal integration of transport services for commuters. Dedicated intermediate public transport or IPT lanes for taxi, auto, as well as e-rickshaws were also inaugurated at the station on Tuesday, July 6, by senior officials of the Delhi Metro Rail Corporation (DMRC). (Also Read: Delhi Metro's Kashmere Gate Station Has Record 47 Escalators: All You Need To Know )

For the multimodal integration (MMI) project and the cashless facility, the National Payments Corporation of India (NPCI) partnered with the Delhi Metro regulating body to introduce the country's first 100 per cent digital parking plaza at one of the busiest stations on the Delhi Metro network.

At gate numbers six and eight of the Kashmere Gate station, the dedicated intermediate public transport (IPT) lanes for taxi, auto, and e-rickshaws were also inaugurated for commuters. The dedicated lanes will allow seamless movement of vehicles and boost the last mile connectivity at the station.

In the second phase of the multimodal integration - which is currently under construction, a food court will be constructed and a bus terminal with three lanes having a capacity of five buses each will also be established, according to Delhi Metro authorities.

''...The parking plaza would accept NETC FASTag for four wheelers and UPI payments for all two-wheelers. With NETC FASTag, it's our constant endeavour to provide seamless, cashless, and automated toll and parking payment solutions,'' said Ms Praveena Rai, COO, NPCI.

The radio frequency identification (RFID)-based prepaid tag facility FASTag - made mandatory by the government for driving vehicles on highways, allows automatic, cashless deduction of toll charges when a registered vehicle passes through the toll plaza without stopping for a cash transaction.