June was the eighth straight month in which inflation was higher than the central bank's medium-term target of 4 per cent. 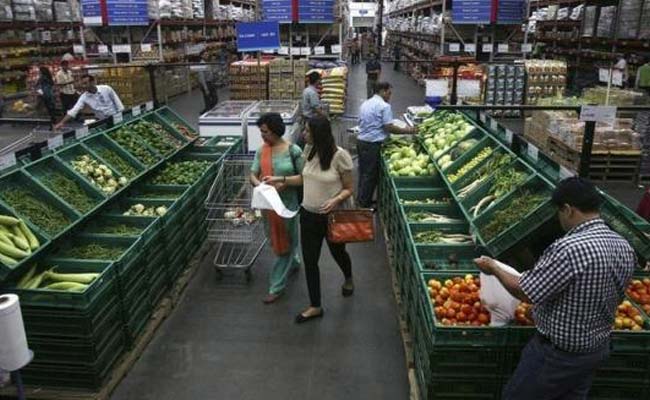 Mumbai/Bengaluru:Retail inflation rate accelerated to a five-month high of 5.0 per cent in June, government data showed on Thursday, driven by higher fuel prices and a depreciating rupee. Analysts polled by Reuters had forecast June's annual increase in the consumer price index at 5.30 per cent, compared with May's 4.87 per cent. June was the eighth straight month in which inflation was higher than the central bank's medium-term target of 4 per cent.

"Inflation has surprised.. lower than our estimates, mainly led by food inflation, and within that vegetables inflation in particular. This implies that average inflation over the last quarter has trended a little below the RBI's projection of 4.9 per cent. However, the worry is that core inflation remains elevated, backed by continued strong sequential momentum. Add the fact that softness in food inflation is also mainly driven by lower perishable food inflation, which is typically volatile, inflation internals are rather weak."

"Given that the impact of higher minimum support prices is yet to flow through to food prices, we continue to believe the case for monetary tightening remains strong. However, the timing of the hike remains a precarious call to make. We continue to have a slight preference this hike to take effect in October, relative to August. By then the monetary policy committee would have more information about inflation persistence, monsoons and crude prices."

"Headline number is better than our and street expectations in general, but it is still above the RBI's estimate for H1-FY19. Moreover, core inflation, the one component which the central bank should be most worried about, is still high and has in fact gone up in June. Therefore, in our view, August rate hike is still on the table."

"The impact of higher MSPs on inflation and fiscal risks and a string of expenditure announcements by state governments such as the recent crop loan waiver by Karnataka, have resulted in upside risks to the inflation trajectory for the remainder of FY2019, notwithstanding a favourable base-effect and the recent dip in crude oil prices."

Such factors, in conjunction with the rise in core inflation in June 2018, suggest a high likelihood of a repo rate hike in August 2018. In ICRA's view, the monetary policy committee (MPC) may increase the repo rate by another 25-50 bps in FY2019, depending on the extent to which various inflationary and fiscal risks materialise."

"RBI is unlikely to move aggressively on rates on the basis of rupee's depreciation unless there are signs of incrementally firming up of core inflationary pressures on account of the same due to the second round impact. RBI is likely to remain watchful of the momentum of core inflation."

"RBI is unlikely to change its inflation forecasts in August in response to recent increase in MSPs (Minimum Support Prices)as it is likely to wait for the government's announcement on MSP support schemes like market assurance or deficiency price support."

"Today's inflation print suggests that the seasonal risks of high food inflation have yet to manifest in entirety. So, the data warrants that RBI wait and watch before changing its estimates."

"Core inflation continues to remain elevated amid build-up in prices of items such as educational services, household goods and services, and recreation and amusement."

"The rupee's depreciation is likely to lead to some input cost pressure for manufacturers and will be felt directly in the WPI releases. This will obviously get passed on to the end user and should have an influence on retail prices. In the event that the pass-through is inefficient and manufacturers are able to absorb some portion of the higher input cost, the likely implication of the rupee's depreciation on inflation will be relatively muted."

"A sharp increase in the core inflation and the higher inflation expectations should worry the RBI rather than the rupee's depreciation pressures. Anyway some adjustment in the rupee was warranted given the higher crude and EM currency depreciation. The currency depreciation has not been too jerky - further there are adequate forex resources to take care of some shocks. Hence, the rupee's weakness is unlikely to be the guiding factor for the RBI to raise rates. It would continue to be the inflation that would guide rate increases."

"We are expecting RBI to raise the policy rate two more times in the current financial year."

"This is a hugely positive CPI print as it comes much lower than consensus and our own CPI projection. A clear positive was on the food price momentum that remained muted basis seasonalities. Although core remains elevated that may keep the RBI on guard. We have not yet removed the 'risk' of one more rate hike. However, given the June CPI print, the urgency for tightening may get diluted."