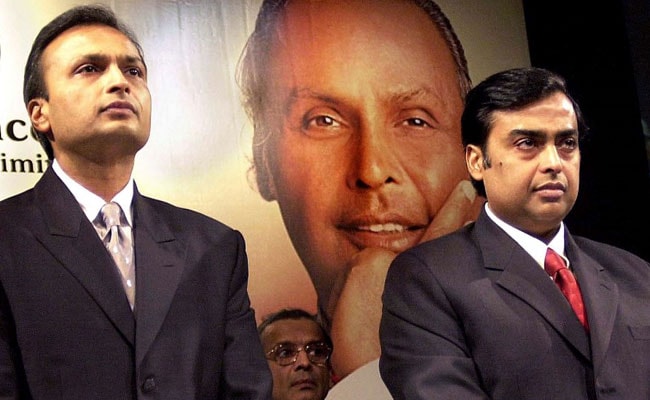 Shares of Reliance Communications rose by its daily maximum limit of 10 per cent to Rs 4.40 after this development. Other Reliance Group companies like Reliance Infrastructure, Reliance Capital, Reliance Power, Reliance Home Finance, Reliance Naval and Reliance Nippon Life Asset Management also rose between 4-5 per cent each as of 10:03 am on the BSE.

Anil Ambani thanked his elder brother and India's richest man Mukesh Ambani for helping him pay dues to Swedish telecom giant Ericsson and said, "My sincere and heartfelt thanks to my respected elder brother, Mukesh, and Nita, for standing by me during these trying times, and demonstrating the importance of staying true to our strong family values by extending this timely support. I and my family are grateful we have moved beyond the past, and are deeply grateful and touched with this gesture."

Last month, the top court had ordered Reliance Communications or RCom and two of its directors to pay Ericsson its dues within four weeks or face a three-month jail term for contempt of court.

The Supreme Court had held Anil Ambani in contempt in February, warning that he and two Reliance Communications employees will be sent to prison if they fail to clear Ericsson's dues by March 19.