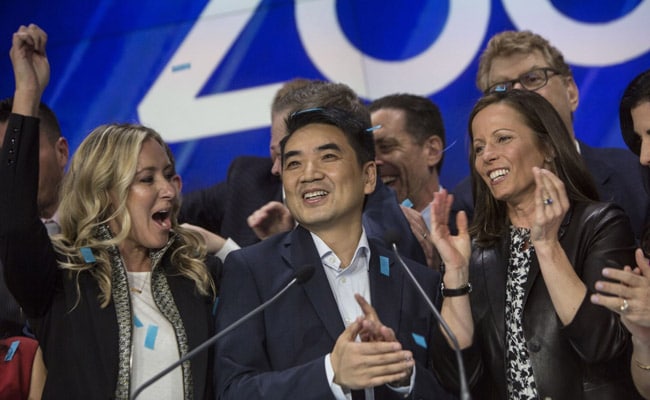 In just a few hours, Zoom Video Communications Inc. Chief Executive Officer Eric Yuan got $4.2 billion richer. Shares of his virtual-meeting company surged as much as 26 per cent to $410 in late US trading as it reported a jump in quarterly revenue and suggested the explosive growth will continue. Should the stock maintain such a gain on Tuesday, Yuan's fortune would surpass $20 billion.

It's been a year filled with eye-popping rallies for the richest names in the tech world -- Amazon.com Inc.'s Jeff Bezos saw his net worth grow by $13 billion in one day in July, and Tesla Inc.'s Elon Musk added $8 billion in 24 hours last month. Both men have reached record levels of wealth, with Bezos crossing $200 billion and Musk surpassing $100 billion last week.

Zoom has been one of the clearest beneficiaries of the coronavirus pandemic, with businesses and educational institutions turning to the service to work and teach remotely.

The software maker reported Monday that sales jumped 355 per cent to $663.5 million in the three months through July 31 -- the second-largest surge among Nasdaq 100 Index members last quarter, only behind biotech firm Moderna Inc., data compiled by Bloomberg show. Zoom said sales will be as much as $2.39 billion in the fiscal year ending in January, meaning revenue would almost quadruple in just one year.

The founder of the San Jose, California-based company, whose net worth is mostly made up of his more than 50 million Zoom shares, is one of the biggest gainers this year. Yuan, 50, was $12.8 billion richer as of the Monday close as the stock surged almost fivefold.

Early Zoom investors Li Ka-shing and Samuel Chen are also getting a wealth boost from the rally. Assuming both men still hold the stock, Li could be adding $2 billion in one day and Chen more than $650 million should Zoom shares reach $410 at the next close, according to the Bloomberg Billionaires Index.