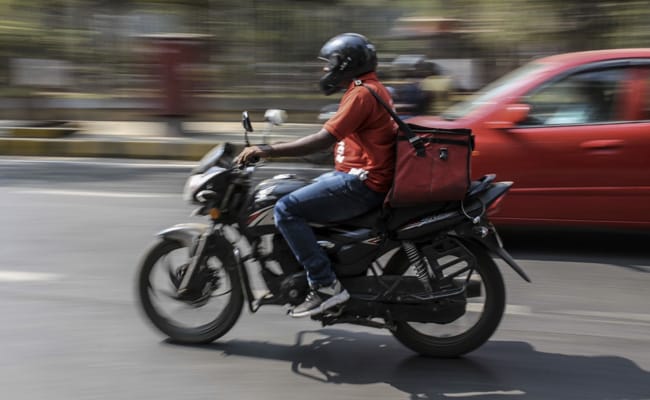 Zomato Ltd.'s $1.3 billion initial public offering was fully subscribed on the first day, a vote of confidence for a market where a cluster of homegrown startups are preparing to go public.

Zomato, an online food delivery platform, got bids for about 749 million shares against 719.2 million shares on offer. Its IPO is set to be India's biggest since March 2020, according to data compiled by Bloomberg, and the largest sale was 40% subscribed on its first day.

"Startups that are big enough and mature have outgrown the venture capital and private equity funds' ability to invest," said Manisha Girotra, country head for Moelis & Co. "These companies which need larger pool of capital to grow are the ones readying to go to the public market."

Internet-based consumer companies have become more popular as the pandemic fueled the adoption of digital technologies. The high investor recognition is a boon when they sell stock. Blackrock Inc. and Fidelity International Ltd. were among the dozens of anchor investors that piled into Zomato's float, resulting in the company receiving about 35 times more bids than it had expected to sell, people with knowledge of the matter said earlier.

With investors also including SoftBank Group Corp. and Berkshire Hathaway Inc., India's leading fintech firm is seeking around $3 billion in what could be the country's largest debut ever. Its shareholders this week approved a resolution to sell 120 billion rupees ($1.6 billion) of new shares, people familiar with the matter said.

These two unicorns -- or privately held startups valued at at least $1 billion -- are coming to a market already enjoying blockbuster listings for a few months. About $5.6 billion has been raised in initial public offerings on Indian stock exchanges so far in 2021, according to data compiled by Bloomberg. UBS Group AG expects the annual tally to be more than double last year's $4.6 billion.

Stocks that have debuted this year are up by an average of 62%, according to data compiled by Bloomberg -- buoyed by a liquidity-fueled stock market that has defied one of the world's worst Covid-19 outbreaks.

Already, Zomato and Paytm's popularity among institutional investors is prompting the other unicorns the country has been minting at a rapid pace to consider going public. Among those are cosmetics retailer Nykaa E-Retail Pvt and Policybazaar Insurance Web Aggregator Pvt Ltd. A Credit Suisse Group AG report this year found there are about 100 unicorns in India with a combined market value of $240 billion, in sectors from e-commerce and fintech to education, logistics and food-delivery.

A public presence also means increased disclosure, an issue for many of these loss-making startups.

"Given that a number of these companies operate in the consumer segment, retail investors may identify with these companies a lot more," said Devendra Agrawal, founder of Dexter Capital Ltd. "However, the companies would now be required to report their performance every quarter and will be under pressure to deliver on profitability much sooner.

Zomato's losses stood at 6.82 billion rupees ($91.7 million) for the nine months ended December 2020, according to the IPO draft prospectus it filed with the Indian market regulator, while Paytm parent One 97 Communications's consolidated losses for the financial year ended March 2021 were at 17.01 billion rupees.