According to surveys, Asia faces 20-25 per cent of witnessing a recession while Sri Lanka is on the brink with an 85 per cent chance of a recession. 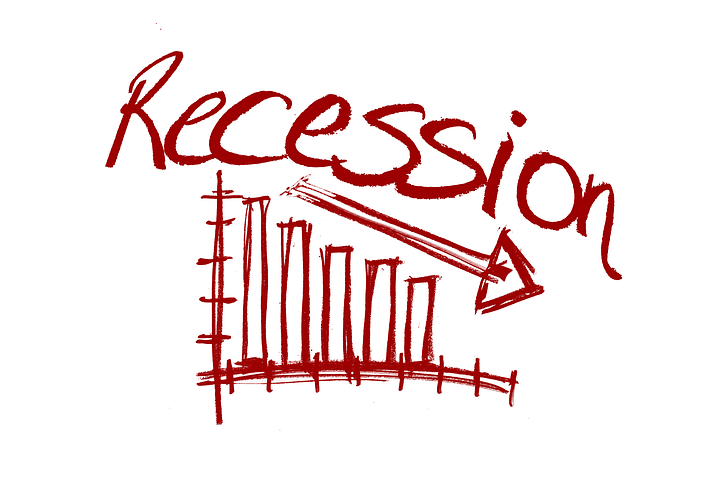 India has zero probability of slipping into recession in the next year, while several other economies, including Asia, Europe and the United States, face the risk of the crisis, according to a Bloomberg survey of economists.

With widespread speculation for a sharp global economic slowdown already pencilled in due to the disruptions caused by the pandemic, Russia's invasion of Ukraine, and high inflation rates in most countries, the probability of economies slipping into recession has increased, according to the survey.

Despite the rupee breaching a key psychological level of 80 per dollar against the US dollar, an all-time low, India's chances of recession are quite low, according to the economists who participated in the Bloomberg Survey.

According to the survey, Asia faces 20-25 per cent of witnessing a recession, while Sri Lanka is almost on the brink of getting into a crisis with an 85 per cent probability of slipping into recession.

The economists observed that the United States faces a 40 per cent chance of slipping into a recession by next year. The world's largest economy is facing a high inflation rate, and economists believe that if corrective measures are not taken, the US can fall into recession.

A Reuters survey also showed that there is already a median 40 per cent chance of recession happening in the world's largest economy in the coming year, up sharply from three months ago, and those chances have risen for the euro zone and Britain too.

"Recessionary dynamics are increasingly evident in our forecast. Notably, we now see several major economies - including the United States and the euro area - slipping into recession. Even so, the timing of these downturns varies, and they are expected to be relatively mild," noted Nathan Sheets, chief global economist at Citi.

"By any metric, the global economy is slowing and prospects are deteriorating. Global recession is, indisputably, a clear and present danger."

On the other hand, Europe is facing a higher probability of recession at 55 per cent, a fallout of the Russia-Ukraine war.

A recent survey by Reuters also predicted that the global economy is headed toward a sharp slowdown, with many key economies facing a high risk of recession.

According to the Reuters poll of economists among the top 19 global central banks covered, a slight majority, 11, will see inflation returning to target next year.

The remaining eight will not, including some of the biggest ones like the Fed, the European Central Bank, the Bank of England, and the Reserve Bank of India.