Amid the rupee falling against the US dollar, RBI Governor Shaktikanta Das on Friday said "you buy an umbrella to use it when it rains!', indicating that the central bank is using foreign exchange reserves to deal with currency volatility. 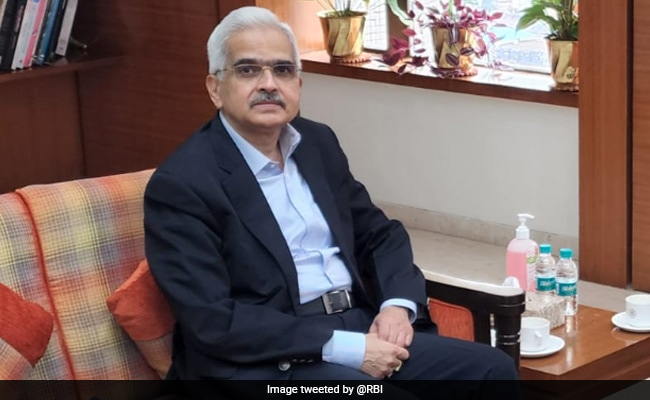 Amid the rupee falling against the US dollar, RBI Governor Shaktikanta Das on Friday said "you buy an umbrella to use it when it rains!', indicating that the central bank is using foreign exchange reserves to deal with currency volatility.

Das also said that by eschewing sudden and volatile shifts, the central bank has ensured that expectations remain anchored and the forex market functions in a stable and liquid manner.

He also noted that the central bank will continue to engage with the forex market and ensure that the rupee finds its level in line with its fundamentals.

The governor said in recognition of a genuine shortfall of supply of forex in the market relative to demand because of import and debt servicing requirements and portfolio outflows, the RBI has been supplying US dollars to the market to ensure that there is adequate forex liquidity.

"After all, this is the very purpose for which we had accumulated reserves when the capital inflows were strong. And, may I add, you buy an umbrella to use it when it rains!," Das said.

The country's foreign exchange reserves had declined by a massive $8.062 billion to $580.252 billion in the week ended July 8.

On Thursday, the rupee touched an all-time intra-day low of 80.06 against the US dollar but managed to recover the lost ground and closed at 79.05 against the greenback.

"I would like to reiterate that we have no particular level of the rupee in mind, but we would like to ensure its orderly evolution and we have zero tolerance for volatile and bumpy movements," Das said while speaking at the banking conclave organised by Bank of Baroda.

According to him, the rupee is holding well compared to currencies of advanced and emerging market economies due to the country's resilient macroeconomic fundamentals.

The recovery is gradually strengthening, the current account deficit is modest and inflation is stabilising, he said and added that the financial sector is well-capitalised and sound.

Due to the RBI actions, including measures to encourage inflows, the movements of the rupee have been relatively smooth and orderly, the governor pointed out.

Earlier this month, the RBI had announced a slew of measures including liberalising norms for foreign investments in government bonds and increase in overseas borrowing limits for companies, to boost foreign exchange inflows and curb the fall in the rupee.

As per the RBI's internal research estimates, the optimal hedging ratio for India is at 63 per cent.

Taking into account natural hedges and the exposure of public sector companies, the optimal hedge ratio condition is comfortably satisfied in the case of the stock of ECBs in the country's external debt, he said.