World's Top 10 Airline Stocks Are All Chinese, Except One

Chinese carriers haven't been immune to the crisis, but they've managed to recover much faster thanks to a vast domestic market. 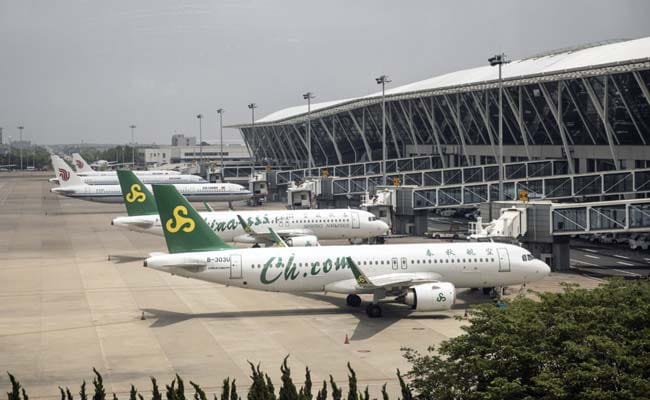 The global airline industry has been walloped by the coronavirus pandemic.

Chinese carriers are in a sweet spot, relative to their Covid-battered peers at least. The country's 1.4-billion-strong population is eager to travel, the yuan is rallying and oil is getting cheaper.

A Bloomberg gauge of the sector shows nine of the world's top 10 airline stocks over the past three months are Chinese, with all but Air China Ltd. shares posting double-digit gains. The odd one out is InterGlobe Aviation Ltd., which operates India's biggest carrier, IndiGo. That's sixth on the list with a 13 per cent advance. The top performer is low-cost carrier Spring Airlines Co., which has climbed 22 per cent.

The global airline industry has been walloped by the coronavirus pandemic, as governments imposed unprecedented border restrictions and people became more reluctant to travel. The International Air Transport Association, which represents some 290 airlines, doesn't expect passenger traffic to recover to pre-pandemic levels before 2024.

Chinese carriers haven't been immune to the crisis, but they've managed to recover much faster thanks to a vast domestic market and the removal of travel curbs as the outbreak there was brought under control. 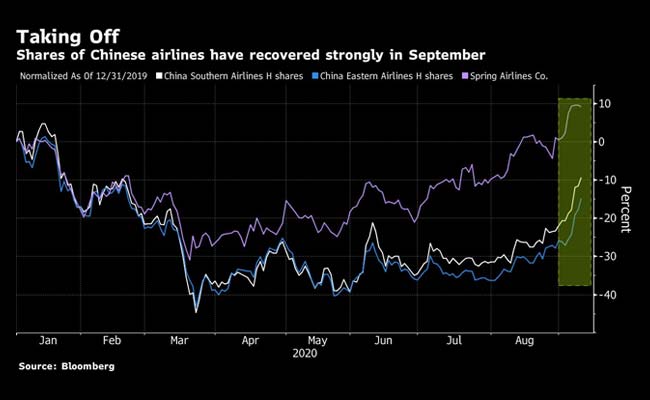 Stock gains have accelerated this month, in part on the yuan's strength. That lowers the airlines' costs on fuel as well as debt, some of which is borrowed in U.S. dollars. Recent oil price declines further cap fuel expenses, which unlike many carriers Chinese airlines don't hedge.

Still, China's big three - Air China, China Southern Airlines Co. and China Eastern Airlines Corp. - are expected to be unprofitable in the second half of this year, according to analyst forecasts compiled by Bloomberg. They each posted first-half losses of more than 8 billion yuan ($1.2 billion).

But optimism has been increasing. Traffic is expected to be bolstered by the National Day holiday in early October. Further down the line, domestic air traffic levels in 2021 could be 15 per cent higher than in 2019, according to China International Capital Corp.

Airline Revenues Drop 86% In April-June Due To COVID-19: Aviation Minister