Delhi Commission for Women (DCW) Chairperson Swati Maliwal has issued a notice to Indian Bank today, seeking withdrawal of its "new recruitment rules" which denies immediate joining to a woman who is three or more months pregnant. 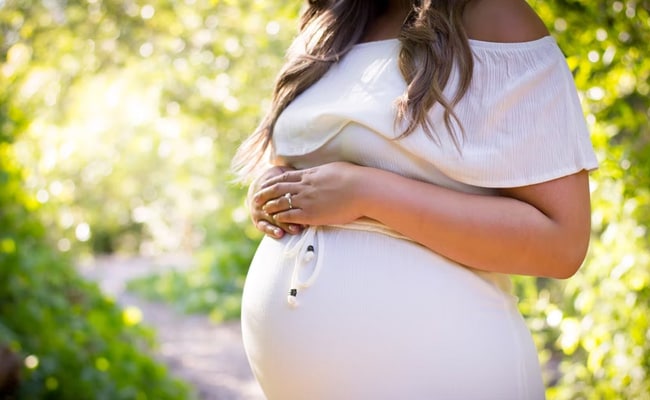 The Commission has asked Indian Bank to withdraw the newly issued anti-women guidelines.

Delhi Commission for Women (DCW) Chairperson Swati Maliwal has issued a notice to Indian Bank today, seeking withdrawal of its "new recruitment rules" which denies immediate joining to a woman who is three or more months pregnant.

"A woman candidate, who as a result of tests, is found to be pregnant of 12 weeks' standing or over, should be declared temporarily unfit until the confinement is over. The candidate should be re-examined for a fitness certificate six weeks after the date of labour, subject to the production of a medical certificate of fitness from a registered medical practitioner," news agency PTI reported quoting the lender.

In response to the media reports, the Commission said that the alleged action of the bank is "discriminatory and illegal as it's contrary to the maternity benefits provided under 'The Code of Social Security, 2020'."

The step will lead to a delay in the joining process and subsequently, they will lose their seniority, the Commission stated in its notice.

The Commission has asked the lender to withdraw the newly issued anti-women guidelines and to provide complete details as to how the policy was framed along with its approving authority.

Ms Maliwal has also written a letter to Reserve Bank of India (RBI) Governor Shakikanta Das and requested to intervene in the matter and issue directions to all lenders in the country, refraining them from making such "illegal and unconstitutional rules which discriminate against women."

"It is not acceptable that a pregnant woman be termed as 'Temporarily Unfit' and denied work opportunities. This reflects the patriarchal mindset and misogyny which is still prevalent in our society. The rules are discriminatory and illegal and should be immediately withdrawn. Further, banks should be discouraged from issuing such guidelines in future. I hope RBI will take strict action in the matter and will formulate guidelines and fix accountability restricting banks from making such rules," the DCW chief said.

In a letter written to Finance Minister Nirmala Sitharaman, the All India Working Women Forum termed the move as a "regressive and misogynistic posture."

Earlier in January, the country's largest lender, SBI had put in place new rules wherein a woman candidate with more than three months of pregnancy would be considered "temporarily unfit" and can join the bank within four months after delivery.

State Bank of India suspended the revised guidelines on the recruitment of pregnant women after facing huge criticism from various quarters.