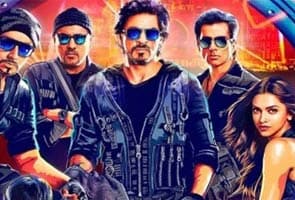 And combined with overseas collection of Rs 78 crore, Happy New Year has made a total business of Rs 348 crore, according to its estimates.

Promoted
Listen to the latest songs, only on JioSaavn.com
Speaking on the success of the film, Red Chillies Entertainment CEO Venky Mysore had earlier said, "Happy New Year has set another new benchmark. We are grateful for the ongoing love and support of audience."