Why Global Companies Are Spending Heavily On New Plants, Machinery

Global companies from noodle makers to semiconductor giants are spending on new plants and machinery in ways they havent done for years. 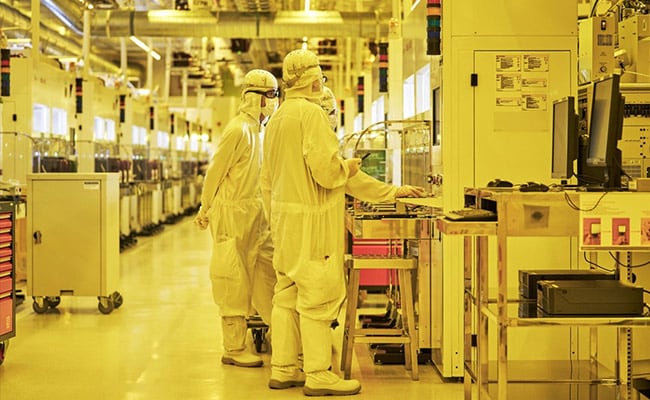 Globally, corporate capital expenditure will jump by 13% this year, according to S&P Global Ratings.

Global companies from noodle makers to semiconductor giants are spending on new plants and machinery in ways they haven't done for years. On the supply side, blockages brought on by the Covid-19 pandemic are forcing businesses to invest in new production facilities; calls for a cleaner environment are spurring spending on electric vehicles, batteries and alternative energy; and the big semiconductor crunch has prompted a wave of investment.

On the demand side, pent up consumer spending is convincing executives that capital is worth outlaying -- a sign that business is buying into the world's economic recovery prospects even as the delta strain casts a shadow. Driving it all are low interest rates and bets they'll stay that way.

Globally, corporate capital expenditure, or capex, will jump by 13% this year, according to S&P Global Ratings, with growth in all regions and broad sectors -- especially in semiconductors, retail, software and transportation. Economists at Morgan Stanley forecast that global investment will reach 115% and 121% of pre-recession levels by the end of 2021 and end of 2022, a much faster recovery than previous downturns. 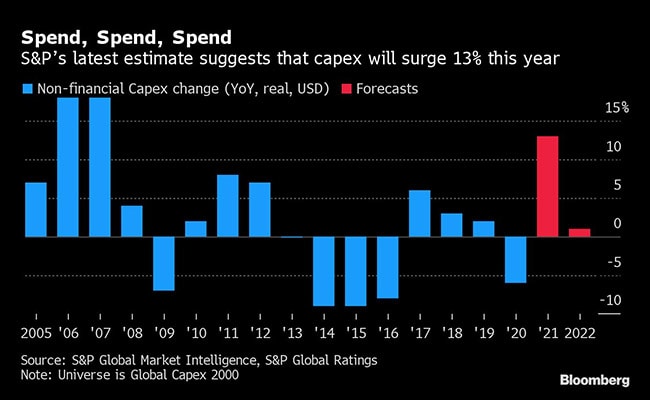 “Capex in sectors that benefited from lockdown and remote work have been supercharged by the pandemic, expediting pre-Covid trends." -- Anna Wong, chief U.S. economist

With inflation jitters rising, central bank tapering looming and supply chain chaos continuing, the capex surge offers a rare ray of hope for the global economy into 2022 and beyond. It's also a very different dynamic from the last global crisis of 2008, when austerity and weak investment dragged on employment and wages for years to come.

A global capex indicator compiled by JPMorgan Chase economists shows equipment investing cooling, but still expanding by 6.6% this quarter. “That businesses continue to invest supports the view that near-term headwinds should fade,” the economists wrote in a note.

Examples of new spending are evident from emerging markets to the world's biggest companies.

Nepal based conglomerate Chaudhary Group -- whose products includes noodles, snacks and beverages and supplies more than 35 countries -- is expanding in Egypt to manufacture noodles for the African market. The new plant will make one million packets of noodles a day, employ 500 staff and cost about $10 million to develop, GP Sah, global business head of the fast moving consumer goods division, said in an interview. The company is also eyeing opportunities in Latin America. “We want to be a global noodle company,” he said.

Walmart Inc. in February said it would invest about $14 billion this year on areas including supply chain, automation and technology, up from the $10.3 billion it spent the year before. “Now when we invest it feels very offensive,” Chief Financial Officer Brett Biggs said on an August 17 conference call with analysts. “It feels like we're improving our competitive position. It's very broad based.”

“The industrial markets are another one of these markets that I think are in the relatively early stages of recovery,” Craig Arnold, chief executive officer at Eaton Corp., whose products include clutches and brakes, said on an Aug. 3 earnings call. “There has been relative under-investment in manufacturing over the last number of years. And so we think that market should do well into ‘22 and really quite frankly beyond.”

Europe is also set for a surge in spending, with S&P Global Ratings predicting a 16.6% increase in 2021 -- its best year since 2006. Business investment in the U.K., which has been suppressed by the nation's exit from the European Union, has also started to recover, but was still more than 15% below its pre-pandemic level at the end of the second quarter. 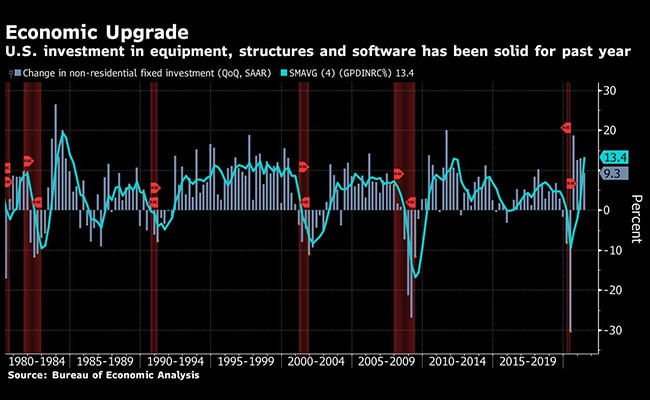 Working from home and the resulting surge in the digital economy has driven demand for semiconductors, leaving a shortage that is reshaping investment into the sector. South Korea plans to spend roughly $450 billion, led by Samsung Electronics Co. and SK Hynix Inc., to build the world's biggest chipmaking base over the next decade.

In Japan, manufacturers facing the chip crunch are leading a recovery in capital investment. Rohm Co, a chipmaker whose customers include Toyota Motor Corp., Ford Motor Co. and Honda Motor Co., is “making large investments” for the next fiscal year in addition to 70 billion yen ($637 million) already set aside for the current year ending in March 2022.

“We will be too late unless we make pre-emptive moves,” Chief Executive Officer Isao Matsumoto said in an August 25 interview. The Kyoto-based chip maker has factories in China, Malaysia, South Korea, Thailand and Philippines as well as domestic ones. “The pandemic presented us with various risks,” Matsumoto said. “We want to disperse our manufacturing bases.” 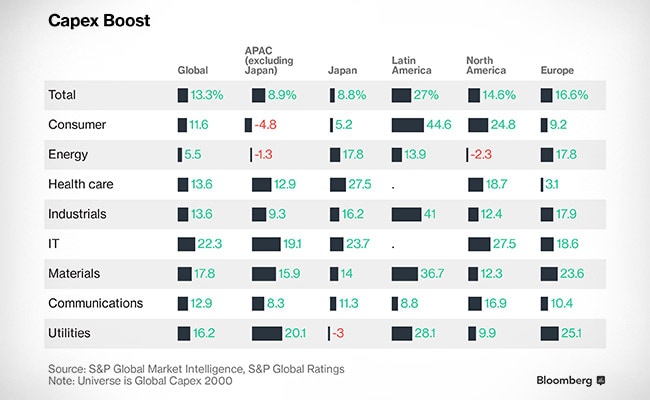 Another dynamo is climate change, which is forcing companies to retool operations as governments push through clean energy policies. A record $174 billion was invested in solar, offshore wind and other green technologies and companies in the first half of this year, according to data from BloombergNEF, with much more needed to curb carbon emissions.

The appetite for cleaner cars can be seen in China, where the spike in several electric carmakers' marketing and R&D expenses last quarter was notable. Xpeng Inc. reported a wider-than-estimated loss in part because R&D staff ballooned to more than 3,000 employees as of June 30, an increase of nearly 50% from the start of the year.

To be sure, the growth dividend depends on the promised spending being delivered.

There's a worry that capex will lose momentum as consumer demand cools or that a goods shortage will reverse into a supply glut once the pandemic's acute phase passes. Economists also say some of the investment may not be as productive as it looks, which would leave much promised jobs and plants looking more like hype than reality.

For now, companies are betting they have more to lose from not upgrading.

Longer-term investment will be driven by trends such as supply chain diversification or accelerated automation in the services sector as workforces age, according to Karen Harris, managing director of consultancy Bain's Macro Trends Group in New York. “Many services-oriented businesses now have a no-regrets opportunity to invest for greater worker productivity today,” she said.