What Next For Bitcoin? A Sharp Plunge In Price Or Rally?

Rising interest rates have prompted investors to write-off their positions in riskier assets like cryptos. 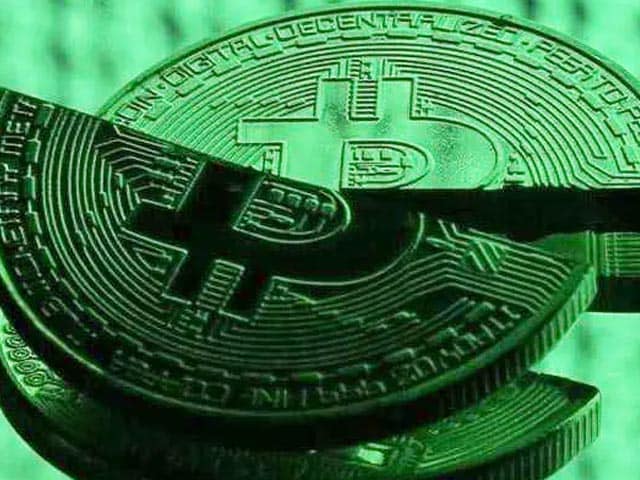 Bitcoin has now nearly halved in value since its record peak of $69,000 hit last November.

As equity markets across the globe saw a sharp correction last week, the world's largest crypto Bitcoin moved in tandem and first fell below the crucial $40,000 mark before dipping to $35,000.

Rising interest rates have prompted investors to write-off their positions in riskier assets like cryptos.

Meanwhile, reports surrounding Russian government's plans to ban use and mining of cryptocurrencies added to the already volatile sentiment. Russia ranks as the third-largest region for bitcoin mining in the world.

Bitcoin has now nearly halved in value since its record peak of $69,000 hit last November.

The big question remains...What's next for Bitcoin?

For understanding what our readers are thinking, we ran a poll on Equitymaster's Telegram Channel over the weekend.

Here's what we asked our readers…

What's your take on where the price of Bitcoin will be 1 month from now?

With a response from 407 participants, here is what we found - 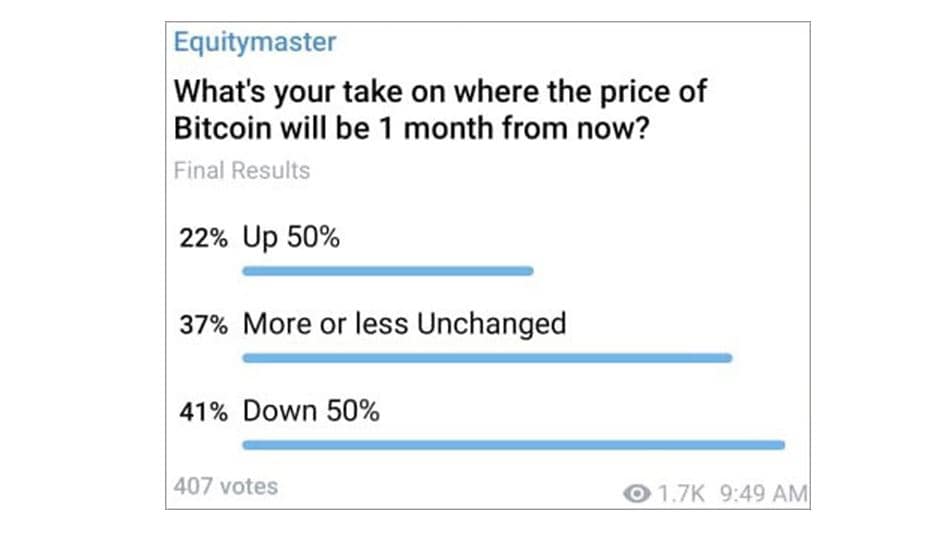 About 22% think that the price of Bitcoin will gain 50% from the current levels and will be back near its all-time high in a month.

That's quite an optimistic view. But given that Bitcoin prices have either gained or crashed more than 50% countless times, anything's possible.

If there's one word that describes Bitcoin, it's volatile. You must have often seen crypto prices soar and then crash almost as quickly as rumors and sentiment are quickly factored in.

Around 37% people voted that the price of Bitcoin will be more or less Unchanged one month from now.

Meanwhile, with majority votes of 41%, participants predicted that the price of Bitcoin will crash more. And that too by 50%!

With regulator cracking down on cryptos (US too has joined the likes of China on certain aspects), all scenarios are very well in play.

The scenario where the price of Bitcoin will crash 50% more reinforces Taleb's view that falling assets have little value.

Nassim Taleb is known for Fooled by Randomness, The Black Swan, and Antifragile, a bestselling series of books on the nature of complexity, randomness, and a world where rare events dominate the landscape.

For a contagion driven asset with no economic anchor such as bitcoin, a falling price does not make it “cheaper" and more attractive. A falling price makes it less desirable &, paradoxically, more expensive.

Why? Because price is its ONLY information.

Note that even though cryptos are known for their volatility, the recent trend of sharp falls is becoming a concern for investors. Even after buying the dip, it keeps dipping more.

Although it's not surprising for hardcore crypto holders who have made big bucks. Because in 2021, almost every top crypto has returned massive profits.

So, can we expect the same trend to repeat in 2022? Will there be any stability going ahead in crypto markets? Only time will tell.

Equitymaster's take on cryptos is simple.

We don't get cryptos to be honest.

It's something that has caught our imagination but we just can't figure out a way to value it. Fundamentally speaking.

Chartists like our very own Brijesh, study prices and suggest various levels. That makes sense to us.

Having said that, our "fundamental" take on cryptos is simple...

It's in line with the approach anyone should have when dabbling in a space one does not understand.

Invest only what you can afford to lose. Nothing more.