Vistadome tourist coaches are European-style coaches, with technologically-advanced features for improving passenger's comfort and offer a panoramic view during the train journey 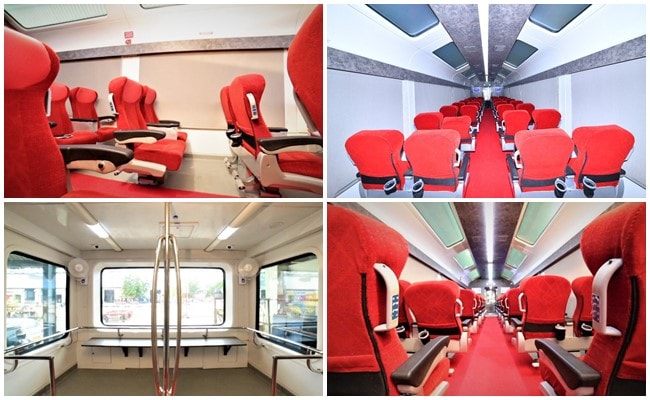 Vistadome coaches: Indian Railways successfully completed a speed trial for 180 km per hour of a new design vistadome tourist coach. These vistadome coaches mostly operate in mountain railways and are specially designed to make train journeys scenic and memorable. The coaches also give a boost to tourism. According to the Railway Ministry, the new vistadome tourist coach has been manufactured by the Integral Coach Factory (ICF), Chennai. The vistadome tourist coaches are European-style coaches, with technologically-advanced features for improving passenger's comfort and offer a panoramic view during the train journey. Earlier, the first vistadome Linke Hofmann Busch (LHB) coach for the broad gauge (BG) lines was cleared for the 180 km per hour oscillation trial. (Also Read: Vistadome Coach Now In Mumbai-Madgaon Shatabdi Express. Fares, Other Details )

These coaches will make train journeys memorable for the passengers ????️ & give further boost to tourism ???? pic.twitter.com/3JxeVbQClg

The vistadome coach is provided with a larger viewing area including rooftop glasses with 44 seats for passengers with rotation up to180 degrees to face the direction of the train movement. The coach also has a Wi-Fi-based passenger information system. These coaches are being operated on selected routes on the Indian Railways network including the Darjeeling Himalayan Railway, Nilgiri Mountain Railway, Kangra Valley Railway, Kashmir Valley, Kalka-Shimla Railway, Matheran Hill Railway between Dadar in Mumbai as well as Madgoan in the Araku Valley.

The premium vistadome coaches provide glass observation lounge as they are fitted with wide windowpanes and a roof of switchable glass that becomes either transparent or translucent with just the click of a switch. Among other features, the vistadome coach also has a GPS-based information system and toilets along with ceramic tile flooring. These air-conditioned, aesthetically deisgned tourist coaches are the first-of-its kind to operate on the Indian Railways network. The coaches also have double-wide reclining passenger seats which can be rotated by 360 degrees for catering to passenger's sightseeing experience.