Industry bodies foresee job losses in travel, tourism and aviation sectors as companies try to tide over the situation 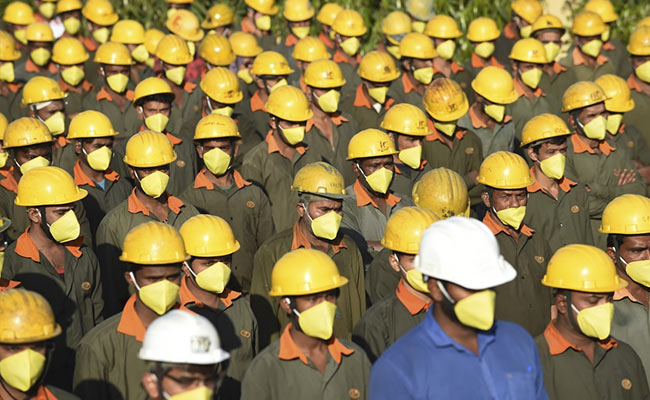 The coronavirus pandemic could bring Indian travel, tourism and aviation industries to a halt within next ten days, especially with the government suspending visas for a month, a move that could cause an immediate economic impact of at least Rs 8,500 crore, according to industry players.

Industry bodies, including Indian Association of Tour Operators (IATO), and ASSOCHAM, foresee job losses in the sectors as companies try to tide over the situation by removing non-essential work forces and stopping recruitment, while calling the government to review the decision to suspend visas for a month and allow inbound travel through limited gateway cities.

"The ban on travel to India for a period of one month will have a cascading economic impact and will lead to job losses in the entire hotel, aviation and travel sector. We estimate that it will lead to direct loss of not less than Rs 8,500 crore," IATO Secretary Rajesh Mudgill told PTI.

Assocham Tourism and Hospitality Council Chairman Subhash Goyal said since the outbreak of coronavirus, the aviation and tourism industries in India have been adversely affected.
"However, we were able to manage our expenses and keep the staff because some amount of essential travel was going on. The suspension of visas last night has come as an immediate blow to the entire tourism, aviation and hospitality industry," he said.

Warning of the consequences of the step, Goyal said,"If no visas are valid, within next ten days this travel and tourism industry will come to a virtual stop. It would mean that everyone will cut down costs and terminate non-essential staff and stop recruiting additional staff."

Expressing similar views, Mudgill said,"In view of the staggering loss that the entire industry stares at, we request the government to consider review of the situation after 10 days and also consider giving relief in taxation to the sector as it will help in mitigating the losses suffered."

Federation of Hotel & Restaurant Associations of India (FHRAI) Vice President Gurbaxish Singh Kohli said,"Since November, when coronavirus made news, hotel room cancellations began and crossed the 80 per cent mark. New bookings are almost completely on hold, including the NRI segment which accounts for 60 per cent of the tourism revenues mostly in the months from April to September."

Yatra.com Co-Founder and COO, Corporate Travel & Head Industry Relations, Sabina Chopra said the latest suspension of visas from all countries to India is expected to have a substantial impact on the foreign tourist arrival in the country which was already witnessing a drop due to the prevailing situation.

"We have received close to 35 per cent cancellation queries from travellers planning their trip to foreign destinations," she said adding airfares to affected destinations have dropped by 40 per cent.
Chopra further said,"There has been about 18 per cent drop in hotel rates and we are receiving cancellation requests from various travellers who are wary of taking up trips domestically as well."

According to industry chamber CII, this is the one of the worst crises ever to hit the Indian tourism industry impacting all its geographical segments - inbound, outbound and domestic, almost all tourism verticals - leisure , adventure, heritage, MICE, cruise, corporate and niche segments.

In an impact assessment of the coronavirus pandemic, CII Tourism Committee said to save on variable costs and minimise fixed costs many small and mid sized hotels, resorts and car rental companies are shutting down operations and asking staff to go on leave without pay.

Moreover, working capital of many corporates in tourism sector is seriously hit by almost 60 per cent and for micro, small and medium tourism enterprises by almost 80 per cent, it added.
"Most of the Indian tourism travel and hospitality companies are facing demands for full refunds and they are doing so out of their cash reserves even for which they have paid advance tax and GST," the CII assessment report added.

The report further said cancellations are "reaching a peak of almost 80 per cent now in March in many Indian locations. The value at risk from this segment will be in multiples of tens of thousands of crores."

With India cancelling all visas, the chamber said the impact "will be worse".

ANAROCK Property Consultants Chairman Anuj Puri said,"The cancellation of visas for foreigners as well as the strong advice issued to Indians to refrain from unnecessary travel will have a marked effect. This is the most unsettling healthcare crisis in recent times and hotel bookings will go south."

On Indians being advised to refrain from unnecessary travel, the CII report said,"The December holiday season of 2019 took an estimated hit of almost 40-50 per cent, the holiday season of April to July 2020 is likely to take a humongous hit which could be as high as 80-100 per cent, unless there is positive news of the progression of virus decreasing.

VFS Global Regional Group COO - South Asia, Middle East and North Africa, Americas Vinay Malhotra said,"While it is too early to comment on the impact of coronavirus on visa application trends, so far, our visa application processes in India continue on schedule as per the mandates of our client governments."

MakeMyTrip Group CEO Rajesh Magow said,"The decision by the government will have an impact on inbound and outbound international travel."