Another Outbreak, Lockdowns, Restraints Will Be "Unbearable": RBI

Kaushik Das, chief India economist at Deutsche Bank AG in Mumbai, says if cases continue to surge, it will cost the economy and the impact on growth will be felt in the April to June quarter 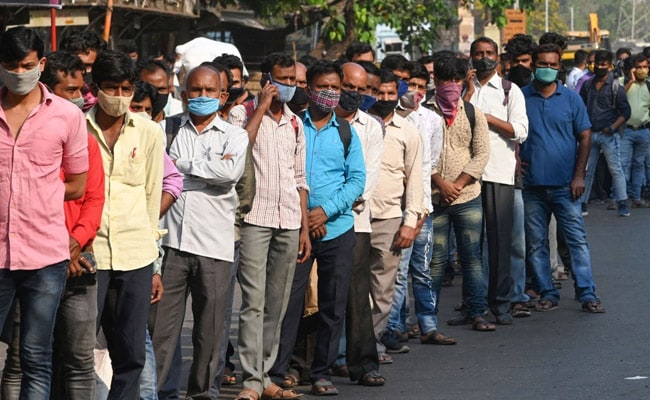 In recent weeks, new coronavirus cases have shot up across India despite a nationwide vaccination drive

A surge in coronavirus cases in India could hurt the economy's recovery from a rare recession, as curbs to avoid a new wave creates delays in putting millions who lost their jobs to the pandemic back to work.

"There is a restless urgency in the air in India to resume high growth, and incoming data point to even contact-intensive services such as personal care, recreation and hospitality gathering traction," central bankers led by Deputy Governor Michael Debabrata Patra wrote in the Reserve Bank of India's latest monthly bulletin. But "another outbreak, more lockdowns and restraints, will get unbearable in spite of learning from the initial experience of living with the virus." 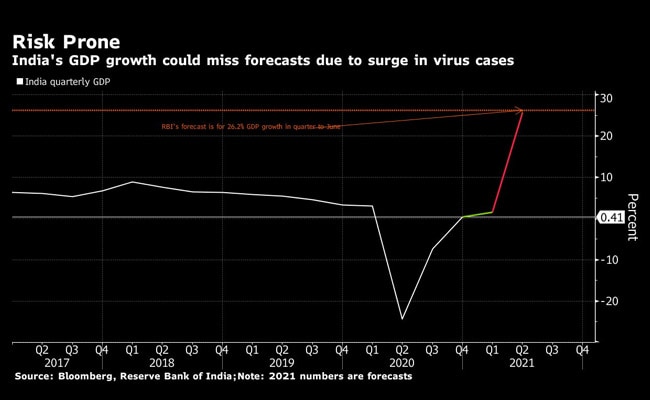 "Anticipating such a possible uptick in Covid-19 cases, we have already taken relatively lower real GDP growth estimate for April-June of 25.5 per cent year-on-year," he said, compared to the RBI's forecast.

In recent weeks, new coronavirus cases have shot up across India despite a rollout of a nationwide vaccination drive. Confirmed infections have risen to more than 40,000 daily from a low of about 9,800 in February, pushing the overall tally past the 11.5 million mark.

Unlike other Covid-19 hit regions such as Europe, India has so far been reluctant to reimpose any more harsh restrictions. Around this time last year, Prime Minister Narendra Modi ordered a strict national lockdown with just a few hours notice, inadvertently causing an exodus of millions of city-dwelling laborers back to their villages rather than starve without work -- spreading the virus across the breadth of the country and inflicting deep economic damage.

The latest outbreak is centered in Maharashtra, a state that contributes 14.5 per cent to the country's overall GDP and is home to the nation's financial hub Mumbai. Some districts of Maharashtra have gone back into lockdowns, at a time when unemployment is ticking higher.

India's jobless rate, as calculated by think-tank Centre for Monitoring Indian Economy, inched up to 6.9 per cent in February from 6.5 per cent in January.

Rahul Bajoria, senior India economist at Barclays Plc in Mumbai, said if current restrictions remained in place for two months, then it will shave 0.17 percentage points from his next year's nominal GDP growth estimate of 11 per cent. Analysts at Nomura Holdings Inc. say the pandemic is starting to impact mobility.

"We are reviewing our GDP projections and expect to trim our current forecast for GDP to swing to 12.8 per cent growth in fiscal 2022 from an estimated 6.8 per cent drop in fiscal 2021."

"India's recovery is likely to be hampered by the recent surge in infections, a waning fiscal response and balance sheet stresses," said Priyanka Kishore, head of South and south-east Asia economics at Oxford Economics in Singapore. According to her, economic momentum slowed considerably in the January to March period and it could come off even further in the coming months, proving to be a drag on growth.

"We expect monetary conditions to remain accommodative through 2021, with the fiscal impulse set to wane from the second quarter," she added.

The Reserve Bank of India's monetary policy committee will meet early next month to decide on interest rates, which are widely expected to be held at record low levels.