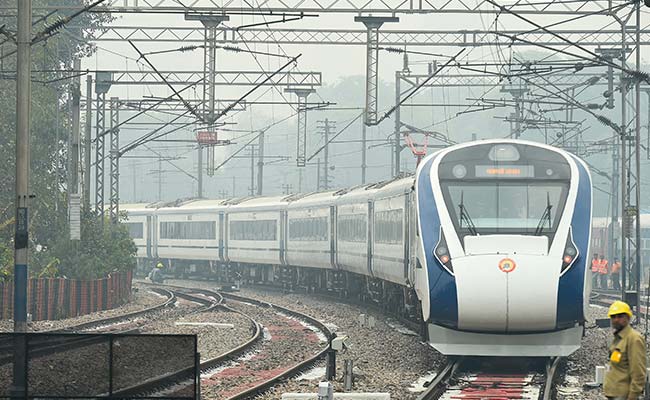 The next set of Vande Bharat trains will be equipped with state-of-the-art facilities, including centralised coach monitoring systems and features specially designed to aid emergency evacuation for passengers. On the occasion of the 75th Independence Day, Prime Minister Narendra Modi announced that 75 Vande Bharat Express trains will connect every corner of the country in around 75 weeks of the Amrit Mahotsav of Independence. These trains will be in addition to the existing two Indian Railways' Vande Bharat Express trains.

The very first Vande Bharat Express train was launched on the Varanasi-Delhi route and the second one on the Katra-Delhi route. Vande Bharat Express trains are similar to Shatabdi Express trains on the national transporter's network. The semi-high speed trains are equipped with world-class passenger-centric facilities such as GPS-based passenger information system, onboard infotainment, CCTV cameras, zero discharge vacuum-based bio-toilets, automatic sliding doors.

The new features on the Vande Bharat Express trains will include four emergency windows for easy evacuation of passengers in case of emergencies, according to officials quoted in a PTI report. In each coach, four disaster lights will also be provided for passengers to use in case of failure of all other lights in emergency situations. Also, the number of emergency push buttons will also be increased from the present two to four.

The trains will also be equipped with a centralised coach monitoring system for all electrical and climate controls. It will have a push-back arrangement for the reclining of seats for passenger's comfort during travel. Fire survival cables in the door circuits will be equipped in these trains.

The system of air purification in the new train sets will be reworked with the availability of ventilation for three hours in case of failure of power supply to the roof-mounted air conditioning package unit. This will result in better availability and a reliable air conditioning system. The first prototype rake with the new facilities is tentatively planned to be dispatched in March 2022.