The US is ramping up sanctions against Russia to deprive Moscow's "war machine" of money and components needed to sustain its invasion of Ukraine. 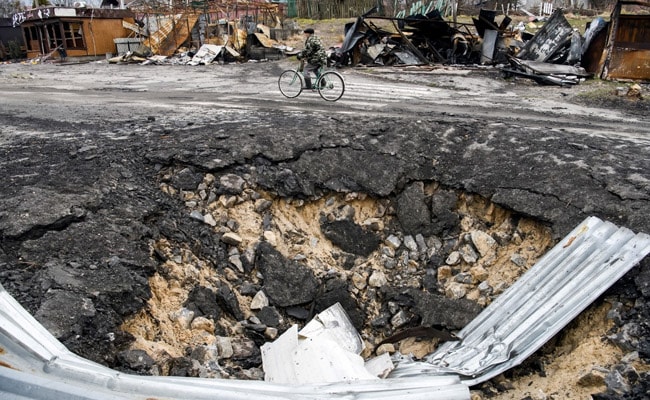 The United States is ramping up sanctions against Russia to deprive Moscow's "war machine" of money and components needed to sustain its invasion of Ukraine, but curbing a main source of funding, Russian energy exports, will take time, U.S. Deputy Treasury Secretary Wally Adeyemo told Reuters on Thursday.

The United States and its allies have "a lot more that we can and we will do" to punish Moscow if Russia fails to halt its invasion, Adeyemo told Reuters in an interview.

Ukrainian leaders called on Thursday for the democratic world to stop buying Russian oil and gas, and cut Russian banks entirely from the international financial system.

After an initial drive to freeze Russian assets, Washington and its allies announced incremental steps this week as they approach the limit of sanctions to punish Russia without also causing economic pain at home.

A new investment ban announced on Wednesday by President Joe Biden forbids Americans from investing in Russian firms' equity and debt and investment funds, cutting off Russia's defense industry and other sectors from the world's biggest source of investment capital, Adeyemo said.

"What this means is that Russia will be deprived of the capital it needs to build up its economy, but also to invest in its war machine," Adeyemo said.

Asked whether it would prohibit companies already in Russia from further funding those operations, he said Treasury was consulting with the private sector.

Kremlin officials, who have described their actions in Ukraine as a "special military operation" have insisted that Western sanctions will not have any effect on their goals and will solidify Russian support

Adeyemo said the United States and its European allies will target Russian military supply chains to deny access to key components - "things that are important to building their tanks, to supplying missiles and making sure that they have fewer resources" to fight the war in Ukraine but also to project power in the future.

"I think the impact will be immediate in the same way the impact on the economy has been immediate" from prior sanctions, Adeyemo said. Russia's economy is headed for a 10% contraction this year and inflation is approaching 20%, U.S. officials estimate.

The Treasury later on Thursday put Russian diamond miner Alrosa on its sanctions blacklist https://home.treasury.gov/news/press-releases/jy0707, while the U.S. State Department did the same for United Shipbuilding Corp, a state firm building naval ships and submarines and its subsidiaries and board members.

White House Economic Council director Brian Deese said on Wednesday that the Biden administration also would ban transactions with United Aircraft Corp, the maker of Sukhoi and MiG fighter jets -- planes that are also flown by U.S. allies including some NATO members.

Adeyemo said Russia's defense sector since 2014 has set up front companies to acquire critical supplies and materials to build up Moscow's military. A number of these firms were targeted by sanctions https://home.treasury.gov/news/press-releases/jy0677 last month.

Financial sanctions have forced Russia to spend more of its hard-currency energy revenues to defend its rouble currency, Adeyemo said, eating into funds available for the war effort.

After losing 45% of its value against the dollar in the first two weeks of the Ukraine invasion, the Russian rouble has risen to just below its pre-war level, thanks to capital controls by Moscow and distortion by the Russian central bank, U.S. officials say.

"What that means is that Russia has less money and the president is forced to make choices between propping up the economy and investing in the war in Ukraine," he said. Adeyemo said his meetings last week with European allies in London, Brussels, Paris and Berlin helped focused on next steps and helped to accelerate the sanctions announced on Wednesday.

Adeyemo said he was encouraged by "strong statements" from European countries about reducing their dependence on Russian energy but said the continent was in a different position from the United States, the world's top oil producer.

"Because of our ability to produce energy at home, we were able to ban the Russian import of oil to America rather quickly," he said. "It's going to take them more time but what they're doing is they're reducing their dependence over time."