After the conflict began, the official Twitter handle of the Ukrainian government sought donations to fight back against Russia. 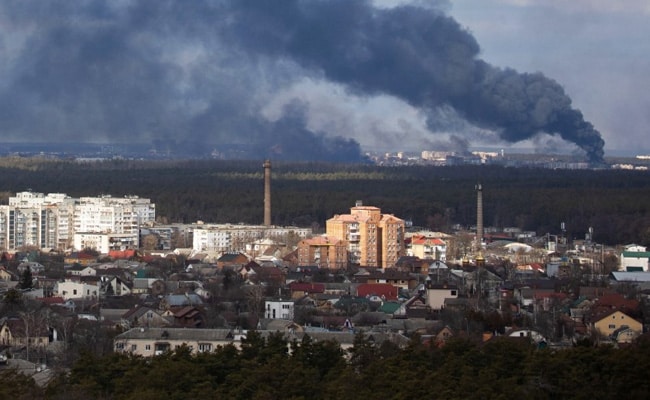 As the world looks with weary eyes at Ukraine, there has been a growing discussion in far away capitals about the economic fallout of Russia's invasion. Some say this conflict will significantly damage the economies of both countries, others are optimistic. But how and, more importantly, why? Just days ahead of the war breaking out, Ukraine legalised cryptocurrency. The Verkhovna Rada — Ukraine's parliament — passed the crypto bill with 272 of its 450 members voting in favour of the legislation. This created a legal market for cryptocurrency in Ukraine.

At the time, Mykhailo Fedorov, Ukraine's deputy prime minister and minister of digital transformation, said the new law is an “additional opportunity” for business development in the country. He added that Ukrainians will now have convenient and secure access to the global market for virtual assets.

While the Ukraine government did not say whether the move was linked to any military conflict threat, tensions had been high at the Russia-Ukraine border for months. The bill was nonetheless passed on February 17, only a week before the invasion began.

After the Russian attacks, the official Twitter handle of the Ukrainian government sought donations from everyone, including those outside the country. The pinned tweet says, “Stand with the people of Ukraine. Now accepting cryptocurrency donations. Bitcoin, Ethereum and USDT.” The tweet accompanied addresses of two crypto wallets -- one accepting Bitcoin only and the other receiving Ether and Tether, a token that tracks the US dollar.

The Ukraine government has shown great enthusiasm to crowdfund its response to the Russian military action. According to blockchain analytics firm Elliptic, the Ukraine government – and NGOs providing support to the military - has so far raised more than $24 million in cryptocurrency donations so far.

Cryptoassets have emerged as a key alternative crowdfunding method because they allow quick access to the receiver by removing intermediaries from the transaction process. Bypassing intermediaries like banks allow the receiver to minimise the threat of donations being held up or blocked by financial institutions.