TripAdvisor Down 19% In Premarket Trade On Profit Miss, Weak Outlook

TripAdvisor Inc: Shares of the company were trading at $19.17 before the bell and were on course to open at their lowest level since August. 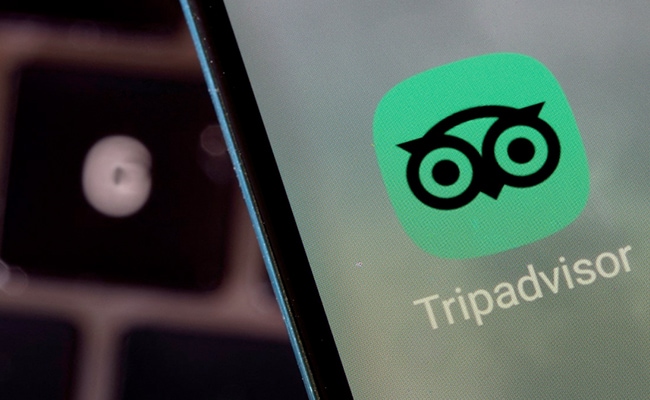 TripAdvisor's selling and marketing costs jumped 58% to $234 million during the third quarter.

TripAdvisor Inc's shares sank about 19% in premarket trade on Tuesday, a day after the online travel firm reported a weak quarterly profit and flagged a slowdown in revenue in the current quarter.

Shares of the company were trading at $19.17 before the bell and were on course to open at their lowest level since August.

Currency fluctuations, primarily in euros, shaved off revenue growth by about 11 percentage points during the third quarter, compared with a year earlier.

Higher marketing expenses also dragged down TripAdvisor's results, with the company posting adjusted profit of 28 cents per share for the third quarter versus analysts' average expectations of 38 cents per share, according to Refinitiv data.

U.S. travel booking firms are spending heavily on marketing to get more people to book flights and accommodations on their apps and websites, as they look to cash in on a post-pandemic boom in tourism.

TripAdvisor's selling and marketing costs jumped 58% to $234 million during the quarter, and the company said it expects marketing spend in the fourth quarter to yield benefits next year.

The firm also flagged that its revenue is set to rise in low-single digits compared with 2019 levels, implying a modest slowdown from third quarter.

The outlook comes after vacation rental company Airbnb Inc last week forecast holiday-quarter revenue could fall short of market expectations, saying a strong dollar had started to pressure its business and that bookings would moderate.

"We are optimistic about the long-term opportunities in travel, despite a recovery path that is likely to remain uneven by month and by specific revenue line, and less reliably consistent relative to pre-pandemic," TripAdvisor said on Monday.

The company also beat revenue estimates, helped by sustained demand for travel and dining. Its shares have fallen about 13% this year, outperforming peers Expedia Group Inc, Booking Holdings Inc and Airbnb Inc, which have lost between about 24% and 50%.