Food Secretary Sudhanshu Pandey said retail tomato prices should stablise in next two weeks in southern states, where the rates have increased sharply 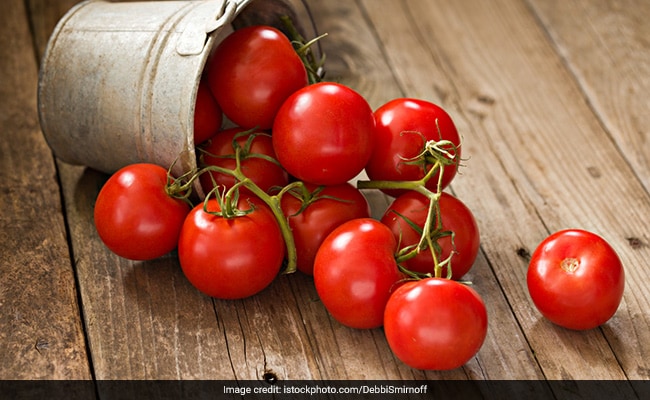 Food Secretary Sudhanshu Pandey on Thursday said retail tomato prices should stablise in the next two weeks in southern states, where the rates have increased sharply due to crop damage owing to local rains.

As per the data maintained by the consumer affairs ministry, retail tomato prices are ruling between Rs 50 and 106 per kg in several locations. The same situation prevails in Maharasthra as well.

Barring Delhi, where tomato is being sold at Rs 40 per kg, retail prices in other metro cities were ruling high on June 2. Tomato was sold at Rs 77 per kg in Mumbai and Kolkata, and at Rs 60 per kg in Chennai on Thursday, the data showed.

"In Delhi, tomato prices are stable. In southern India, prices have risen because of the damage to the crop due to local rains," Mr Pandey told reporters.

Actual production and arrivals are more. There is no problem on the production side, he said, adding that the government has discussed this matter with states.

"It (prices) should stablise in the next two weeks," he added.

The secretary also mentioned that even onion production and procurement is ahead of the last year's schedule.