In 2017, during the festive season, the baking company started receiving calls where people asked if they had made their products available on Amazon. 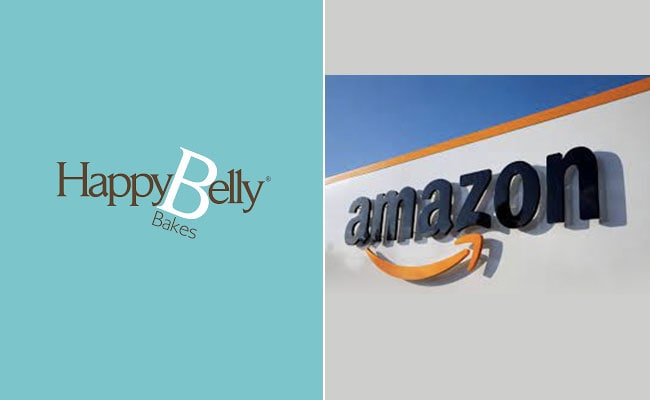 The company, which started in 2008 and has held the trademark Happy Belly since 2016, had filed a lawsuit against Amazon for using an identical brand name under which it sold bakery items, snacks, and dairy, among others.

A city civil court on August 30 ruled in favour of the Bengaluru-based company.

Shisham Hinduja founded Happy Belly Bakes, a women-run business with about 30 employees that offers cookies, cakes, and other baked items.

She initially used the name 'Regalar' but adopted 'Happy Belly' in 2010, a trademark it has held on the name since 2016.

"We have a registered trademark and have adopted this (name) since 2010," said Ms Hinduja.

In 2017, during the festive season, the baking company started receiving calls where people asked if they had made their products available on Amazon.

While Happy Belly Bakes had not listed its items on the e-commerce site, it was later learned that one of Amazon's private labels had exactly the same name – Happy Belly.

As per Amazon's website, Happy Belly is the company's brand that "offers quality food and beverage favourites, all at friendly prices".

During the infringement case hearing, Amazon argued that its business under the Happy Belly brand name was different from that of the one run by Ms Hinduja.

In addition, Cloudtail and Tootsie claimed that while Happy Belly Bakes operated in Bengaluru only, they had been using the trademark worldwide for their products.

Finally, on August 30 this year, a civil court pronounced a judgment in favour of Happy Belly Bakes and observed that Amazon had violated the Bengaluru-based bakery's trademark.

As per the order, Amazon claimed that Happy Belly Bakes lacked goodwill and reputation. However, the court rejected the claim and stated that the bakery has been operating since 2008 and that the "contention of the defendant reflected their arrogance."

"As such, the use of trademark HAPPY BELLY is certainly infringing and passing off of the plaintiff's trademark," the court ruled.

Further, Cloudtail and Tootsie were permanently restrained from using the trademark in the country, while the court also termed their mark or logo as deceptively similar.

"The defendant...or anybody claiming under them are hereby permanently restrained from infringing or passing off of the plaintiff's trademark “HAPPY BELLY BAKES” under the mark / name /label ‘HAPPY BELLY' or with the similar name, get up that are both visually and phonetically, deceptively similar for their business of manufacturing, selling, marketing, distributing and in any manner trading with products, goods or services," the ruling said.

Amazon was also instructed to remove the items from its marketplace in India.

"The legal process and the law has prevailed. The law of Trademarks has prevailed," said Ms Hinduja, referring to the verdict.

Amazon did not respond to email request for comments on the court order.