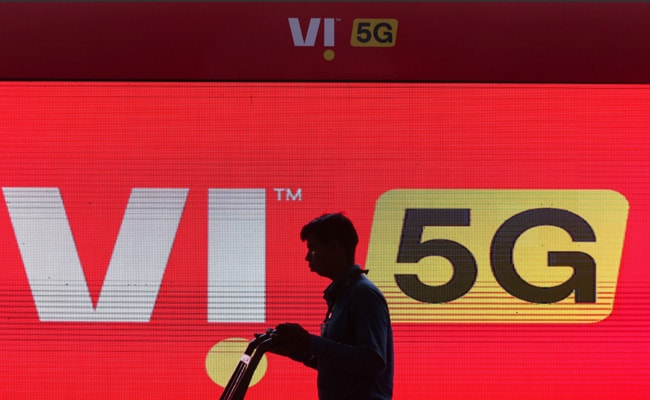 VIL is ready with its plans and "engaged" with vendors, CEO Akshaya Moondra said.(File)

VIL has seen average revenue per user (ARPU) growth for five consecutive quarters now. Its average revenue or realisation per user at Rs 131 in Q2 FY23 was 19.5 per cent higher than the year-ago period, aided mostly by tariff hikes and subscriber upgrades.

ARPU for the September quarter was higher sequentially as well, when compared to Rs 128 in Q1 FY23.

"However, it is important to note that despite the price intervention made in the last one year, the tariffs in India continue to remain at unsustainable levels. And we believe that industry needs further tariff correction to support the continued investments going forward," Vodafone Idea CEO Akshaya Moondra said during the company's analyst call on Q2 FY23 earnings on Friday.

Over the last one year, the company has taken several tariff interventions including for entry level plans, he said, adding VIL continues to focus on getting more customers on 4G and unlimited plans.

Citing the previews of digital and futuristic 5G use cases showcased by the company at the recently-held India Mobile Congress, Akshaya Moondra said: "We are ready for the next journey of 5G technology where the connected world with limitless digital solutions will soon be new norm, and we will be playing a vital role in the same." To a specific question, Akshaya Moondra admitted that both 4G coverage expansion and 5G rollout will depend on funding and fund raise.

The company is ready with its plans and "engaged" with vendors, and once funding is in place, it will be able to roll out 5G and execute it quickly.

"We believe once the funding is in place, we should be able to roll out quite quickly. I do understand that competition has already started rolling out so we will be behind them...but given the way 5G handset ecosystem has now started evolving and it will take some time, we don't think it will be significant disadvantage if we are able to have funding done in a couple of months, and roll out on that basis." On what is holding back the government's proposed conversion of telco's dues into equity, the VIL top executive indicated that he is not aware of the exact reasons why things are not moving.

"We are in discussion with the government...I also don't know exactly the reason it is not happening. Government is taking some time. We had exercised this option to convert in January, post that we had a discussion with Department of Telecom (DoT), they had sent a letter to us in March, and we had confirmed the amount of conversion," he said.

Since then, VIL has had "no communication from DoT in this matter".

"So, we continue to be engaged with DoT and expect this should happen soon," Akshaya Moondra said.

The debt-ridden telecom operator earlier this week reported widening of its consolidated loss to Rs 7,595.5 crore in the second quarter ended September 2022.

The company had posted a loss of Rs 7,132.3 crore in the same period a year ago.

The draft telecom bill -- circulated by the government for industry's comments -- is a step in the right direction, he added.