Zee on Thursday reported a 75 percent jump in profit to Rs 560 crore on sales of Rs 2,170 crore for the December quarter. 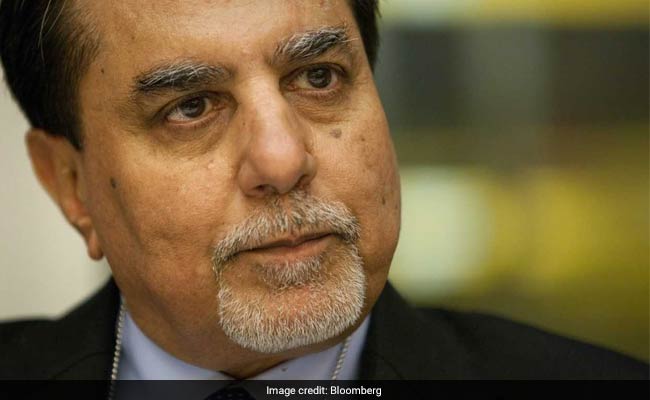 Media tycoon Subhash Chandra rushed over the weekend to stem a crisis that wiped $1.6 billion off his flagship Zee Entertainment Enterprises Ltd.'s market value on Friday and threatened to derail his plans to sell a stake in the company. His efforts paid off.

Shares of India's biggest television network and group company Dish TV India Ltd. surged more than 10 percent amid record volumes, after slumping more than 25 percent in the final hours of trading on Friday. The drop was a reaction to a report published by news website The Wire questioning the group's links to a company that's being probed by the country's Serious Fraud Investigation Office. Essel group, the Chandra-led conglomerate, released statements on Friday and Sunday denying the allegations. 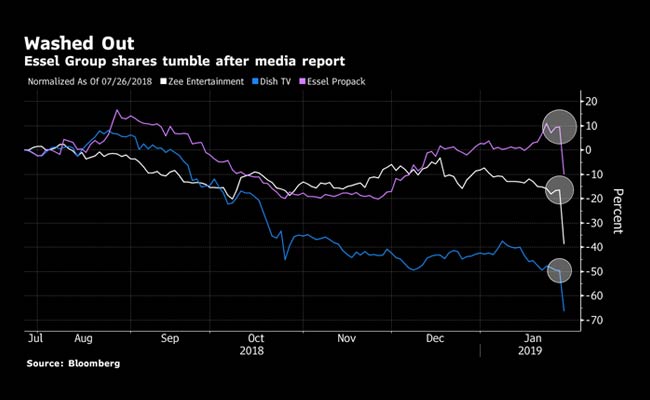 The group reached an understanding with 97 percent of its lenders, who agreed that there won't be "any event of default declared due to the steep fall in price," Zee's Chief Executive Officer Punit Goenka said on a call Monday. A record 105 million shares of Zee Entertainment changed hands at 1:47 p.m. in Mumbai, nearly 18 times the daily three-month average.

On Friday, he told investors on a call that the share plunge won't hit Chandra's plans to sell half of his stake in Zee. Chandra, 68, later that evening issued an open letter blaming poor investments in the infrastructure sector combined with its exposure to the failed lender Infrastructure Leasing & Financial Services Ltd. for the group's rising debt and apologized to his investors and creditors for the conglomerate's financial woes.

Chandra, who started Zee in 1992, is seeking a strategic investor to help him fend off competition from Netflix Inc., Amazon.com Inc. and hundreds of local TV channels vying to tap the country's booming demand for content. Plunging shares may hinder those plans and his attempts at reducing debt. Goenka sought to ease concerns by saying that Zee is also trying to sell stressed assets for an enterprise value of Rs 20,000 crore ($2.8 billion).

"There's no change to business fundamentals," Kapil Singh and Siddhartha Bera, analysts at Nomura Holdings Inc. in Mumbai wrote in a report Saturday. Zee trades at a "very attractive" valuation, they said, maintaining their buy recommendation on the stock.

Zee is close to selling an infrastructure asset and expects to complete the sale of road and solar power projects by April, Goenka said. Zee's owners have pledged 59 percent of their shares to lenders as collateral, and the asset sales may help them revoke the pledges.

Zee on Thursday reported a 75 percent jump in profit to Rs 560 crore on sales of Rs 2,170 crore for the December quarter.

Chandra, a former rice trader, in his letter urged lenders to "maintain patience, till the process of Zee Entertainment's stake sale is completed." "Post the sale process, we will be positively able to repay the entire dues, but if the lenders react in a panic situation, it will only hurt them and us."