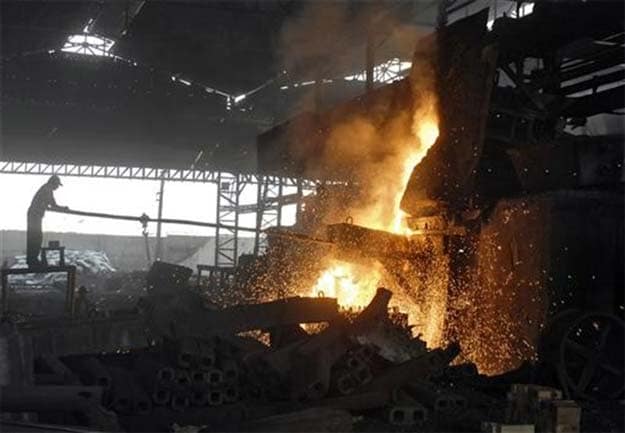 Sterlite Industries (India) said on Monday that Tamil Nadu has ordered it to shut a copper smelter over allegations of a gas leak, in a move that could spur imports and drive up regional premiums for the metal.

The smelter, the country's biggest, produces more than 300,000 tonnes a year to supply half of India's domestic copper needs. Closing it could lead to a supply gap that opens the door to foreign refiners and traders.

Sterlite informed the National Stock Exchange about the closure of the smelter but gave no details of when it expected to resume operations.

The company said it would explain matters regarding emissions from the Tuticorin unit to the state regulator - the Tamil Nadu Pollution Control Board (TNPCB).

Sterlite, a unit of Vedanta Resources, has faced a lengthy legal battle over environmental concerns at the smelter plant in Tuticorin, with the first of many petitions against it filed in 1996. The case is pending in the Supreme Court.

Late last month, residents of Tuticorin complained of breathing problems and sore eyes and government officials suspected a sulphur dioxide leak at the smelter. The company denied that there had been a leak.

About 150 people were arrested in protests against the plant. There have been no reports of serious injuries caused by the suspected leak.

The government order was effective March 29, but the plant was shut in the early hours of March 30, said a state government official, adding that the factory would remain shut until further notice.

"The order against Sterlite is a clear message to industries to not pollute and this needs to be taken in a positive manner. With this order, the people's confidence on the government will be reinforced," said Ashish Kumar, a senior government official in Tuticorin, where the smelter is located.

A shutdown of Sterlite' copper smelter could tighten supplies in the region and lift premiums if Indian consumers have to fill their needs from international markets, traders said.

"If there is a shortage of copper in the local market, premiums will go up. There could be a further rise in premiums if China starts buying," said Ravindra Mardia, managing director of Mardia Samyoung, a trader and former customer of Sterlite based in Mumbai.

Late last week, copper premiums in Singapore fell to around $30 to $40 from $55 to $60 earlier in March, after a rise last month in copper stockpiles in LME warehouses in Asia, traders said.

India consumes around 600,000 tonnes of copper annually - about three percent of the world's total, and far behind China, which took around 9 million tonnes last year.

While regional stockpiles have ballooned since December as the global copper market swings into surplus after years of deficit, stocks are not easily available due to Glencore's dominance in warehousing in Malaysia's port of Johor.

Shipments have also been affected by a port strike in Chile, while output at top producer Codelco was hit by a separate miners strike this week, suggesting a near-term shortfall in supply, traders said.

"If they can't ship material, then there should be an impact on premiums. How big an impact depends on how long this shutdown will last," a Singapore-based trader said about Sterlite.

Shares in Sterlite fell more than 5 per cent in a flat Mumbai market.