Nofe Isah, a 25-year old based in Nigeria, has lost all of her $5,000 in savings as cryptocurrency luna went into free fall. 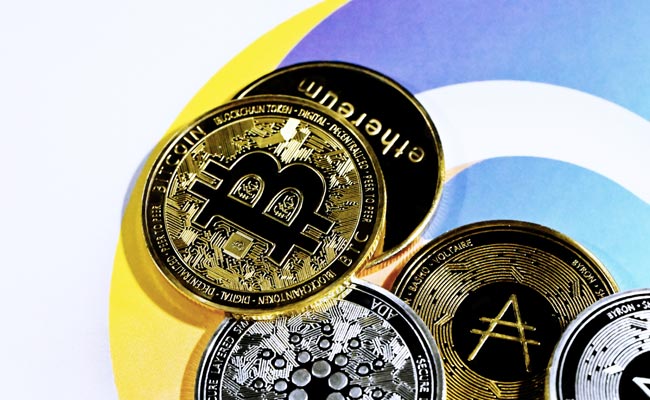 Nofe Isah, a 25-year old based in Nigeria, has been investing in crypto since January. Last week, she lost all of her $5,000 in savings as cryptocurrency luna went into free fall.

"I can't believe I fell for crypto," she told Reuters by phone. "I'm just trying not to get myself depressed. Crypto has taken my money, fine. It shouldn't take my head.”

Small tokens were hit too, with ether, the second-largest token, dropping more than 15% to its lowest since June. Luna - a digital coin widely hyped on social media and backed by institutional crypto investors - shed nearly all of its value.

Small traders such as Isah have flocked to cryptocurrencies in the hope of quick returns, despite warnings from regulators that the emerging assets can be high risk.

Platforms such as Robinhood, which has 23 million customers across a variety of assets, have helped spur retail investing, including in crypto. Around a quarter of Robinhood's transaction-based revenues came from cryptocurrencies in the first quarter of this year, Robinhood said in its latest earnings statement.

Overall user numbers at crypto platforms have ballooned. Binance, the world's biggest crypto exchange, had some 118 million clients last month, up from 43.4 million in the first quarter of last year.

But after last week's turmoil, online forums were awash with tales of woe, as retail investors expressed anguish about their losses.

"I'm 49, big mortgage, 3 kids etc. My retirement party is on ice for the foreseeable future!", a user with the handle Boring-Fun-3646 said on Reddit.

Another user with the handle AdventurousAdagio830 posted on Reddit: "It doesn't seem real that I lost $180,000."

Emblematic of crypto risks was the collapse last week of terraUSD, a stablecoin designed to keep a constant value via a complex algorithm that involved luna.

When the coins came under heavy selling pressure, the system broke down. TerraUSD - designed to keep a value of $1 - traded around 9 cents on Tuesday while luna plunged to near-zero, based on CoinGecko data.

Tejan Shrivastava, a 31-year old graphic designer from Mumbai, who has been investing in cryptocurrencies for the last year, had his $250 investment wiped out by luna's collapse.

"It was stuck in a death spiral. All the money was gone in 15 minutes," he told Reuters.

"I don't even know if I'll invest in crypto in the future. I have a crypto portfolio, but I am planning to liquidate it once it reaches break even."

Luna's fall wiped out most of its market value which had been above $40 billion as recently as early April, CoinGecko data shows.

Retail investors' online frustration even spilled over into the real world.

Seoul police last week said they were seeking a suspect after an unidentified individual rang the doorbell of the apartment of Do Kwon, the founder of terraUSD, and ran away.

Police would investigate whether the suspect had invested in cryptocurrencies, a Seoul police officer told Reuters.

Through its 13-year life, the crypto sector has been peppered by vertiginous climbs and sudden free falls. In November, for instance, bitcoin slumped by a fifth in just under two weeks after touching a record $69,000. Six months earlier, it had tumbled by almost 40% in just nine days.

Yet crypto's latest crash - which pushed the sector's combined value to $1.2 trillion, less than half of where it was last November - led to the crushing of luna, which on May 1 was the eighth-largest cryptocurrency by market capitalisation.

Cryptocurrencies are subject to patchy regulation across the world, with traders of bitcoin and the panapoly of smaller tokens typically unprotected against price slumps.

But it is difficult to gauge the scale of retail investors' pain from the crypto plunge and the repercussions on future appetite given the opaque nature of the market.

In Britain more than 4% of adults - some 2.3 million people - own cryptocurrencies, data published last year by the UK financial watchdog showed.

Britain's watchdog said understanding of crypto was falling compared with a year earlier, "suggesting that some crypto users may not fully understand what they are buying".

Still, some small investors are keeping the faith.

Eloisa Marchesoni, based near Tulum in Mexico and investing with a crypto syndicate, said she would not give up.

"I am looking to buy the dip - we are all waiting for bitcoin to go down to $22,000, which is not something too probable but not something that's 'not probable at all'."

Marchesoni is also hedging her crypto bets with physical assets -- "cars because you can lease them, watches, real estate".

Bitcoin was hovering around $30,000 on Tuesday, having lost more than 20% so far this month.

The US Securities and Exchange Commission is toughening its stance. Gary Gensler, SEC chair, said this week investors in cryptocurrencies needed more protections.