Singapore-based DBS's Indian unit will pump in Rs 25 billion ($336 million) in fresh capital, the central bank said in a statement on Tuesday. 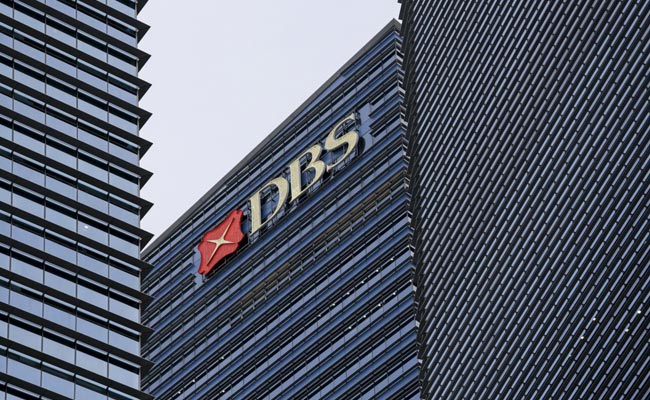 The move may offer hope for other banks in Asia looking to gain a foothold in India.

DBS Group Holdings will take over Lakshmi Vilas Bank in a deal orchestrated by the central bank, the first time authorities have turned to a foreign lender to bail out a struggling local rival. Shares of Lakshmi Vilas tumbled after the Reserve Bank of India said its stock and debentures would be delisted and ordered a 30-day moratorium as part of the proposal to stem a steady decline of depositors and a rise in bad loans. Singapore-based DBS's Indian unit will pump in Rs 25 billion ($336 million) in fresh capital, the central bank said in a statement Tuesday.

"Not one rupee of depositors is at risk," said T N Manoharan, the RBI appointed administrator of the bank. Restoration of credit growth will be the priority for the bank after the merger is complete, he said.

The move is the latest effort by Indian authorities to shore up a financial industry that's suffered a series of shocks since the outbreak of a shadow banking crisis in 2018. Lakshmi Vilas is the second lender this year to require a rescue. Prime Minister Narendra Modi's administration is counting on banks to help end an unprecedented recession triggered by the coronavirus pandemic.

"It is important to widen the net so that there are more strong candidates to takeover weak banks," said Mr Sinha, who retired in January 2014 from the central bank.

The proposed amalgamation will provide stability to Lakshmi Vilas' depositors, customers and employees following a time of uncertainty, DBS said in a statement. The acquisition fits with DBS CEO Piyush Gupta's long-standing ambitions to grow in a large emerging market, giving it a lender with more than 500 branches. DBS has 27 offices in the country. Still, it faces a challenge to turn around the loss-making bank.

"We aren't particularly optimistic on the ability of any foreign players to do well in India but this may be the 'bitesized' approach for DBS to push the agenda harder," said Sanford C. Bernstein analyst Kevin Kwek. "If we were to look for positives, this merger could facilitate a more meaningful push into both retail and SME customers."

Highlights of the amalgamation plan:

Shares of Lakshmi Vilas fell 20 per cent, the daily limit, on BSE on Wednesday, giving it a market capitalization of Rs 4.2 billion. DBS fell 0.1 per cent in Singapore.

India's banking system has been roiled in recent years by incidents including the collapse of systemically important Infrastructure Leasing & Financial Services, the forced bankruptcy of mortgage lender Dewan Housing Finance Corporation and the seizure of Yes Bank.

Rising bad loans, depleting capital at state-run banks prompted the government to merge the weak lenders with bigger ones last year while infusing funds into the remaining ones including Punjab & Sind Bank last week.

The latest bank rescue "will be positive for depositors and senior creditors of LVB because the bank will benefit from parental support from DBS, a very strong bank," Moody's Investors Service said in a note.

The move may also offer hope for other banks in Asia looking to gain a foothold in India. Japanese lenders including Mitsubishi UFJ Financial Group Inc. have expressed interest in expanding in the nation.

The central bank said the process of amalgamation with DBS India Ltd. will be completed in 30 days. The freeze, which included the appointment of an administrator, was taken after Lakshmi Vilas underwent a steady decline, it said in a statement.

The lender has had numerous setbacks in the recent past, including the ouster of its CEO by stakeholders. Lakshmi Vilas had been working to accelerate a proposed merger with private equity fund Aion Capital-backed Clix Capital, founder K.R. Pradeep said in September.

Last year, the bank had planned to merge with shadow lender Indiabulls Housing Finance Ltd., only for the regulator to veto the move in October 2019. The RBI had placed Lakshmi Vilas under the restrictive Prompt Corrective Action framework in September of that year, months after the breach of key thresholds.

The deal with DBS comes months after the collapse of Yes Bank, India's largest bank failure, prompted a rescue from a consortium led by the country's largest lender, State Bank of India. Yes Bank lost more than $6 billion in market value from early 2019 until the bailout in March.

Earlier this month, a fraud-hit cooperative bank invited bids from investors to take over management control. Punjab and Maharashtra Co-operative Bank said bidders could apply to convert it into a small finance bank after restarting operations.