SBI Under Pressure Over Loan To Controversial Adani Mine

Two senior executives, who asked not to be identified, said the bank was dragging its feet on extending part of a funding line of as much as $1 billion to Adani Enterprises. 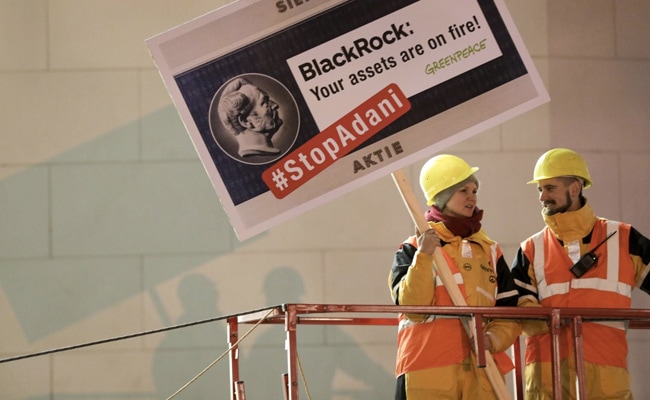 Two senior State Bank of India executives, who asked not to be identified, said the bank was dragging its feet on extending part of a funding line of as much as $1 billion to Adani Enterprises Ltd., which plans to use the money for the controversial Carmichael mine. The bank's executive committee, which will make the final decision, hasn't had discussions about the loan this year, the officials said.

The Carmichael mine has been the focus of environmental protests since it was proposed in 2010. SBI shareholders have joined the opposition. BlackRock and Norway's Storebrand ASA raised their objections over the past year, and Amundi SA divested its holdings of SBI's green bonds because of the bank's ties to the Carmichael mine.

SBI Chairman Dinesh Kumar Khara, who took charge in October, is reticent to disburse the funds to Adani given the opposition to the Australian project, bank officials said. Still, no decision has yet been made about the loan, they said.

SBI's shares were up 0.6% in Mumbai on Friday, the third-best performer among peers in a gauge of 10 lenders that was down 0.5%. Adani Enterprises was up 2.4%.

Adani said in a statement that construction of the Carmichael Mine is "well underway and we are on track to export" coal in 2021. The company added that its mine and rail projects are fully funded.

The Adani loan has left SBI, which is majority-owned by the Indian government, in a bind. While foreign investors are increasingly restricting support to companies involved in extracting or consuming coal, since it's the most carbon-intensive fossil fuel, 70% of India's electricity comes from coal plants. The bank has to balance its clean-energy lending policy with the power supply needs of the country, the SBI executives said.

The Carmichael mine is located in the Galilee Basin in the northeastern Queensland province. The mine's license was officially approved by the Queensland government in 2019 and if fully developed, the mine could contribute to an eventual doubling of Australia's coal exports. While that may provide a fresh boon for the country's economy, it would be detrimental to efforts to limit global warming and follows a year when Australia suffered record temperatures and widespread wildfires.

SBI drafted an in-principle agreement with Adani in 2014 for a $1 billion facility and brought in several banks from across the world to provide the funding as part of a consortium. The plan has had several iterations since then as the project became more politically controversial. The memorandum of understanding between SBI and Adani for disbursing the loan included several covenants covering environmental clearance, viability of the project and timelines.

While environmental clearance was granted by the Queensland government, the disbursal is subject to meeting other conditions including funding visibility from other lenders, the two officials said.