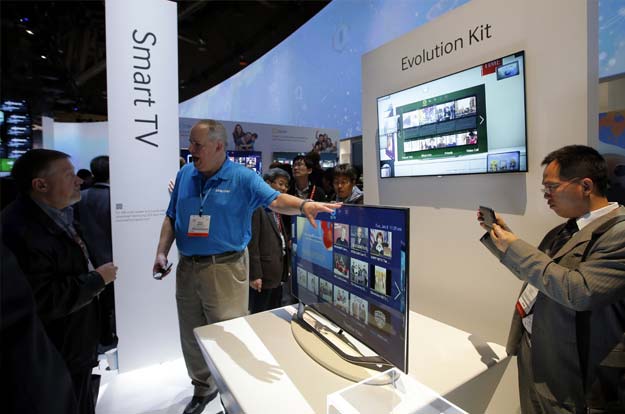 Nokia, battling to keep up with Samsung and Apple in the global phone race, lost almost 5 percentage points of market share in the first quarter, research company Gartner said on Tuesday.

Overall global sales figures for mobile phones rose 0.7 per cent in the first three months of the year, driven by demand for smartphones and strong growth in the Asia Pacific region which helped to offset much weaker sales elsewhere.

Of the different vendors, Samsung took much of the gains, remaining in the No. 1 position with a market share of 23.6 per cent, ahead of Nokia on 14.8 per cent and Apple on 9 per cent. Nokia had held a 19.7 per cent share just a year ago.

Those figures followed a 13 per cent rise in sales by Samsung, a 16 per cent increase by Apple, and a 24 per cent fall by Nokia, compared with the same period last year.

So-called "smart feature phones" like those in Nokia's Asha range have limited smartphone capabilities such as Internet and email access and touch screens but are cheaper than the likes of Samsung's high-end Galaxy models or Apple's iPhone.

They are crucial to Nokia's future as it defends its leading market share in emerging economies such as India and Africa, while struggling to keep up in the smartphone race.

Worryingly for Nokia, however, Gartner said that overall sales of the cheaper feature phones were slowing, as consumers kept hold of their phones for longer.

"Nokia's mobile phone share dropped 4.9 percentage points in the first quarter of 2013 mainly due to a steep decline in feature phone sales," said Gartner in its quarterly report on the industry, which is closely watched for moves among vendors.

Gartner said smartphones accounted for 49.3 per cent of sales of mobile phones globally, up from 44 per cent in the fourth quarter of 2012.

"Feature phones users across the world are either finding their existing phones good enough or are waiting for smartphones prices to drop further," said research analyst Anshul Gupta.

"Either way the prospect of longer replacement cycles is certainly not a good news for both vendors and carriers looking to move users forward."