Rupee Weakens By 30 Paise Against Dollar

Rupee Vs Dollar Today: The rupee moved within a narrow range, between 73.21 and 73.39 against the US dollar in the first half of the four-hour session. 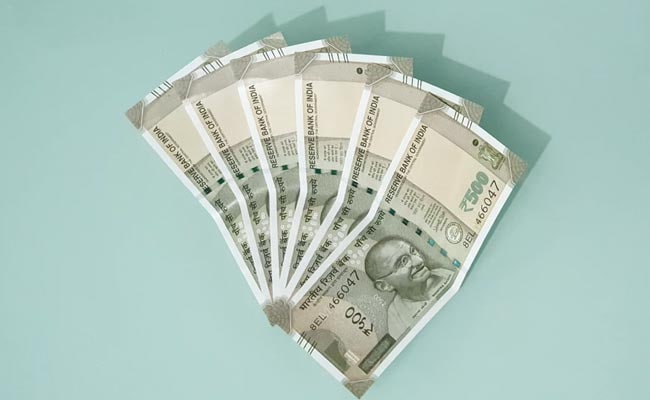 Rupee Vs Dollar: The rupee has recovered 5.04% from its all-time low of 76.91 registered in April

The rupee declined by 30 paise - or 0.41 per cent - to 73.33 against the US dollar on Thursday, tracking weakness across most Asian currencies. It moved within a narrow range, between 73.21 and 73.39 in the first half of the four-hour session, having started the day lower at 73.21 compared to its previous close of 73.03. Strength in the dollar overseas and muted trade in domestic shares continues to put pressure on the rupee, according to analysts.

Benchmark equity indices ticked higher on Thursday amid optimism on recovery from the damage caused by the coronavirus pandemic, ahead of the release of a survey on the country's services industry.

The dollar index - which measures the dollar against six other currencies - climbed up as much as 0.11 per cent on Thursday. rising for a third straight session.

Most Asian currencies weakened against the US dollar, with the Japanese yen down 0.14 per cent and the Chinese yuan down 0.03 per cent. The Singaporean dollar traded 0.07 per cent lower, while the South Korean won was down 0.25 per cent, the Thai baht down 0.19 per cent and the Indonesian rupiah down 0.31 per cent.

"A broad-based dollar recovery, weakness in the Asian currencies and escalation of India-China borders tensions seems to have played off on the rupee today. The opening was at day's low while the closing at day's high," said Abhishek Goenka, founder and CEO of forex advisory firm IFA Global.

At Wednesday's closing level, the rupee has recovered 5.04 per cent from its all-time low of 76.91, registered in April this year, but is still down 2.32 per cent so far this year.

rupee vs dollarINR vs USD