Petroleum Minister Hardeep Puri says high prices of oil has impact on the economies, leading to surge in inflation and affecting the logistics cost 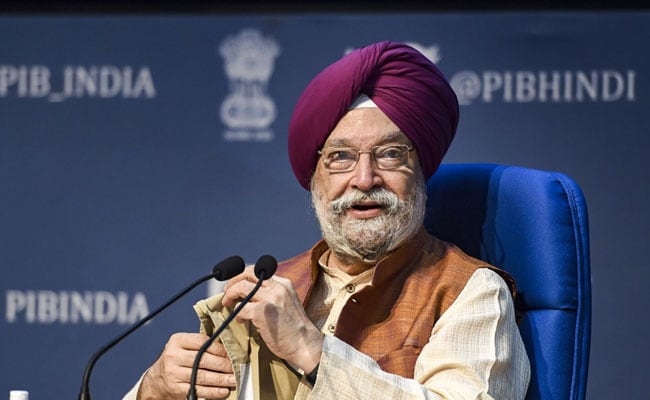 Amid sky-rocketing fuel prices in the country which has forced the government to consider asking refiners to unitedly work towards seeking better crude import deals, Petroleum Minister Hardeep Singh Puri said on Wednesday that access to energy must be affordable as high prices of oil has hit economies and given rise to inflation.

Mr Puri's comments have come at a time when petrol and diesel prices have gone past the Rs 100 per litre mark across the country and with rates rising almost on a daily basis, they have burnt a hole in the common man's pocket.

Speaking at the fifth India Energy Forum, the minister said the fact that the world faces unprecedented challenges would be an “understatement” and in an era of transition, energy markets are characterised by key imbalances.

He said that the current levels of oil and gas prices are too high. “India is 85 per cent dependent on imported oil while the import dependence is about 55 per cent for gas”.

Mr Puri noted that 20 per cent of the country's import bill is from these items. “The import bill of these items has almost gone up by almost three times in last quarter compared to last year's corresponding quarter… The extreme volatility and high prices have led to surge in the domestic prices of hydrocarbon fuels. The high prices of oil has impact on the economies, leading to surge in inflation and affecting the logistics cost”.

Describing the situation as a “wakeup call”, Mr Puri said that if prices are not brought under control, global economic recovery could be fragile. He underlined that prices have to be predictable, dependable and stable.

Adding that the current situation may also impact the producers in the long run, the minister said that OPEC+ countries should factor in the sentiments of the consuming countries.

He said that with around 16 per cent of the world's population, the per capita energy consumption in India is only one third of the world.

“Our energy consumption is set to rise as we move towards a $5 trillion economy by 2025 and energy justice for India is a key objective and priority for our government,” Mr Puri said.