"Finance Minister And I Were On Same Page Till...": Ex- RBI Chief Urjit Patel 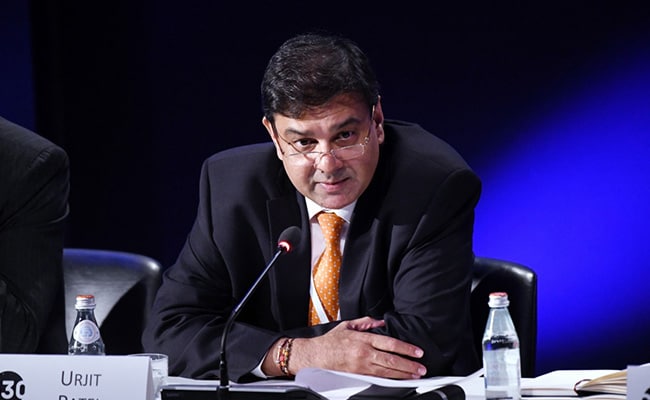 The rift centered around a February 2018 circular issued by the RBI, which forced banks to immediately classify borrowers as defaulters when they delayed repayments, barred defaulting company founders from trying to buy back their firms during insolvency auctions, and push them into bankruptcy if a resolution timeline wasn't met. In a book released Friday, Mr Patel -- who headed the RBI between September 2016 and his unexpected resignation in December 2018 -- said the government seemed to lose enthusiasm for the legislation in the middle of the year he left the central bank.

"Instead of buttressing and future-proofing the gains thus far, an atmosphere to go easy on the pedal ensued," Mr Patel wrote. "Until then, for the most part, the finance minister and I were on the same page, with frequent conversations on enhancing the landmark legislation's operational efficiency."

The government was probably of the view that the "deterrence effect -- 'future defaulters beware, you may lose your business'" had been achieved, Mt Patel said. He adds that "there were requests for rolling back the February circular" and "a canard was spread" to discredit the rules, including by incorrectly suggesting that small businesses would suffer disproportionately.

Mr Patel's comments offer a first glimpse into a tussle between the RBI and the government, which led eventually to a U-turn that stunned the Indian business world when the Supreme Court last year struck down the RBI's February circular. The decision "made the insolvency regime vulnerable, possibly brittle," Mr Patel wrote, and warned that subsequent changes risk reversing gains from efforts to clean one of the world's largest bad-loan piles.

Mr Patel's successor Shaktikanta Das in June 2019 eased rules to give lenders 30 days to review a delinquent account and a further 180 days to implement a resolution plan, loosening the previous timeline. It also lifted the deadline to push defaulters into bankruptcy.

"Since the time-bound threat of insolvency application is not credible anymore, it is unclear what threat points will compel resolution in 180 days (or, for that matter, even 365 days)," Mr Patel wrote in his book.

The average time to resolve a case is about 400 days under the Bankruptcy Code versus more than four years before the law was enacted, according to a government report in March.

The risk is that if banks fail to recover bad loans, they will need to find the capital elsewhere. The government has infused Rs 2.6 lakh crore ($34.7 billion) into state-run banks in the last three financial years, more than double that in the previous nine years. The central bank did not respond to an email seeking comment.

"Periodic bailout by government and official entities will likely continue, at least for some banks," Mr Patel said.