The acquisition by Reliance Industries, owned by billionaire Mukesh Ambani, marks the conglomerate's first foray in an overseas retail brand. 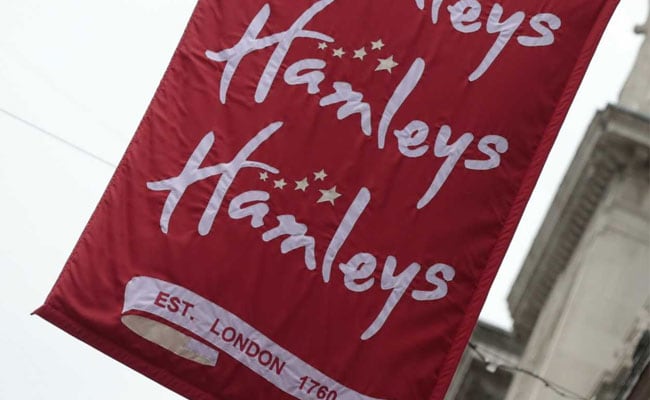 Founded in 1760, Hamleys' flagship Regent Street store in central London is recognised around the world.

Hamleys, the world's oldest toy retailer, is set to pass from Chinese to Indian control after Reliance Industries said it had agreed to buy the British high street icon in a deal worth $88.5 million.

Through its Reliance Brands subsidiary, the conglomerate late on Thursday said it signed an agreement to buy the 250-year-old chain from Hong Kong-listed C Banner International Holdings Ltd.

On Friday, C Banner stock was suspended from trading pending an announcement.

C Banner wrote off $49.8 million in goodwill and brand value related to Hamleys, its annual report showed. The cut reduced the carrying value of the toy retailer by 36 per cent to 626 million yuan ($91.85 million).

The 67.96 million pound deal by Reliance is lower than the 100 million pounds that the Chinese group had paid to France's Groupe Ludendo in 2015.

However, C Banner's enthusiasm for British acquisitions has since cooled. Last year, it dropped plans to buy 51 per cent of House of Fraser, sending the British department store chain into administration.

The acquisition by Reliance Industries, owned by billionaire Mukesh Ambani, marks the conglomerate's first foray in an overseas retail brand.

Founded in 1760, Hamleys' flagship Regent Street store in central London is recognised around the world.

The toy seller runs 167 stores across 18 countries, the majority of which are in India, Reliance said. The company, which already holds the master franchise for the brand in India, currently operates 88 stores in 29 cities.

Having established itself as India's leading mobile telecoms player, Reliance Industries has been firming up plans for a retail onslaught to combine its traditional outlets with an online foray aimed at taking on Amazon.com Inc and Walmart Inc in India.

Reliance is already the country's biggest bricks-and-mortar retailer in terms of revenue and number of stores.

The conglomerate's strategy to diversify beyond refining and petrochemicals has seen its fast-growing telecoms and retail operations driving quarterly profit to record highs at a time when its gross refining margins have taken a hit from oil price volatility and slowing global demand.

The group's retail business doubled revenue to Rs 35,600 crore in the three months to Dec. 31 while earnings before interest and tax more than tripled to Rs 1,500 crore.

Fundraising Spree For Reliance's Jio Platforms Values It At $65 Billion