Rakesh Jhunjhunwala, a renowned investor, died due to cardiac arrest at 62. His budget carrier, Akasa Air, had begun operations just weeks before his death. 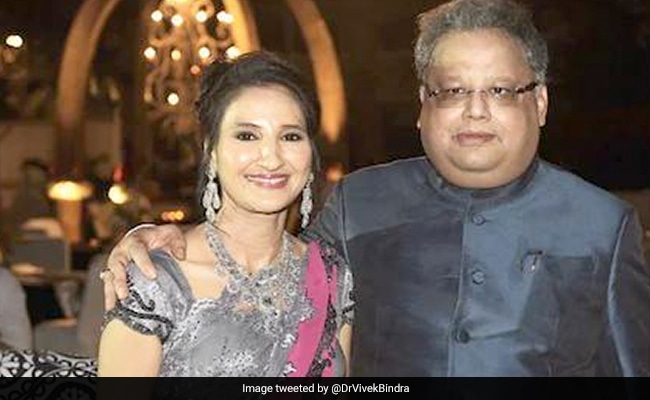 Rekha Jhunjhunwala has been featured on the Forbes India Rich List 2022. (File)

Rekha Jhunjhunwala, the wife of late stock market investor Rakesh Jhunjhunwala, has been featured on the Forbes India Rich List 2022. She has been ranked 30th on the list and has replaced her husband, who died in August this year.

Before his death, Rakesh Jhunjhunwala, known as India's Warren Buffet, had secured the 36th position in the 2021 India Rich List. Now, Rekha Jhunjhunwala, 59, improved by six ranks to be ranked 30th. She has a net worth of $5.9 billion, according to Forbes.

Rakesh Jhunjhunwala, a renowned investor, died due to cardiac arrest at 62. His budget carrier, Akasa Air, had begun operations just weeks before his death.

According to Forbes, Rekha Jhunjhunwala has inherited a valuable stock portfolio from her husband. Rakesh Jhunjhunwala's stock portfolio included companies like Titan, Tata Motors, Star Health, Escorts, Rallis India, Canara Bank, Agro Tech Foods, Nazara Technologies, and India Hotels Company. He had a stake in a total of 47 companies at the end of the June quarter. Titan was the most valuable holding of the investor at the time of his death.

Rakesh Jhunjhunwala began investing in stocks in 1985 when the Bombay Stock Exchange (BSE) was trading at 150. He invested Rs 5,000 as capital in that year which inflated to Rs 11,000 crore by September 2018.

The 2022 Forbes list of India's 100 richest individuals is dominated by Gautam Adani and his family who have ranked first with a net worth of $150 billion. They are followed by Mukesh Ambani and Radhakishan Damani and family with a net worth of $88 billion and $27.6 billion, respectively.