3 Out Of 4 Economists Predict A US Recession By 2021, Survey Finds

President Donald Trump and his advisers insist that the US economy is strong and stable, pointing to robust consumer spending. 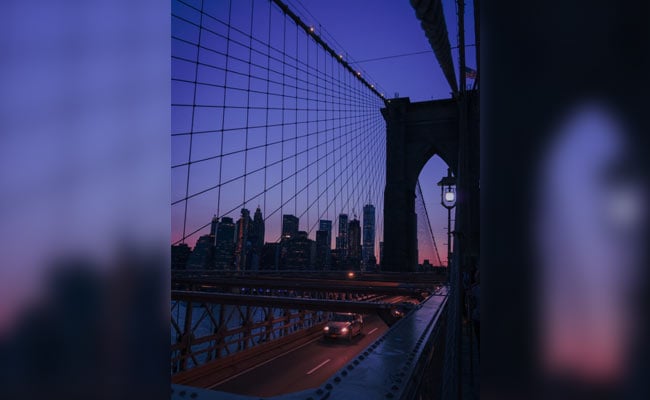 The Dow Jones industrial average is off 4.5% from an all-time high reached in mid-July

Most economists believe the United States will tip into recession by 2021, a new survey shows, despite White House insistence the economy is sound.

Nearly 3 out of 4 economists surveyed by the National Association for Business Economics expect a recession by 2021, according to results released Monday. The outlook reflects growing skepticism among economists and investors that the US economy will be able to withstand a protracted trade war with China without serious harm amid the weakening global outlook.

Hedge fund manager Ray Dalio, the founder of Bridgewater Associates, told CNBC last week that he now believes there's a 40 per cent chance of a recession before the 2020 election. In February, he had estimated that figure to be 35 per cent.

Stock markets gyrated last week as investors grappled with continuing US-China trade uncertainty and absorbed grim data showing Germany and eight other major economies are in a recession or on the verge of one. And Wednesday, the bond markets sounded their own warning when the yields on 10-year Treasury bonds briefly fell below those on two-year Treasury bonds. The scenario, known as an inverted yield curve, has preceded every recession since 1955 and offers a sign that investors are piling into safer assets.

President Donald Trump and his advisers insist that the US economy is strong and stable, pointing to robust consumer spending.

"I don't think we're having a recession," Mr Trump told reporters Sunday, according to the Associated Press. "We're doing tremendously well. Our consumers are rich. I gave a tremendous tax cut, and they're loaded up with money."

Larry Kudlow, Mr Trump's economic adviser, made a similar assurances during appearances on Sunday talk shows. "We're doing pretty darn well in my judgment. Let's not be afraid of optimism," he said, adding that low interest rates could boost demand for houses and cars.

Yet Mr Trump recently acknowledged that his tariffs, which are taxes on goods imported to the United States, could affect consumers. Last week, he announced he would delay a portion of the tariffs that would affect popular items such as cellphones, laptops and toys until December 15 to avoid any impact on the holiday season. All of the tariffs against China combined could cost consumers an average of $650 per household, according to estimates from Kathy Bostjancic, chief US financial economist for Oxford Economics.

Some businesses have scaled back their investments as they wait for a resolution to the trade war. The manufacturing industry is struggling as output declines and hiring contracts.

Commerce Secretary Wilbur Ross said the bulk of the tariff costs would be absorbed by companies and by Chinese vendors. "There's very little inflation in the consumer economy," he told Fox Business on Monday. He also downplayed the link between the yield curve and the probability of a recession. "Eventually there'll be a recession but this inversion is not as reliable, in my view, as people think."

Some analysts expressed optimism Monday, saying the longest US economic recovery in history can be prolonged if politicians reach a trade agreement. Even a short-term truce could encourage businesses to resume spending on equipment and other improvements, allowing the economy to "muddle along" at a slower growth rate of about 2 per cent through next year, said Michael Skordeles, head of US macro strategy for SunTrust Private Wealth Management.

The Federal Reserve is working to shield the US economy, cutting interest rates last month for the first time since 2008. Fed Chair Jerome Powell called the move a "midcycle adjustment" and said that it was not necessarily the start of a long rate-cutting trend. However, expectations for further rate cuts are on the rise, with investors now pricing in another rate reduction during the Fed's September meeting.

The survey of 226 economists was conducted from July 14 to August 1, before Mr Trump announced the latest round of tariffs against China and before the last bout of market volatility. Still, the report found that economists were nearly as pessimistic about the United States this summer as they were earlier this year, showing that for many economists the question is not so much whether the US economy will enter a recession but when.

But the recession question may ultimately be determined by American consumers, whose spending accounts for roughly 70 per cent of economic growth. That means the economy may be able to withstand near-term obstacles as long as people keep opening their wallets to pay for groceries, electronics and services.

Despite the recent market volatility, the Dow Jones industrial average is off 4.5 per cent from an all-time high reached in mid-July and is still up 12 per cent for the year. That means consumers reviewing their retirement accounts might still feel confident in their savings, and may wait for more warning signs to appear before they cut back, said Brian Rose, senior Americas economist at UBS Global Wealth Management.

The economy may grow more slowly overall as the bump from president Trump's tax cut begins to fade, but the growth may stay positive barring a huge deterioration in trade negotiations or consumer confidence, Mr Rose said.

"We're not looking for a recession either this year or next," he said. "But we do expect growth to continue slowing."