The monetary policy committee kept the repo rate, its key lending rate, unchanged at 4 per cent while the reverse repo rate or the key borrowing rate remained at 3.35 per cent. 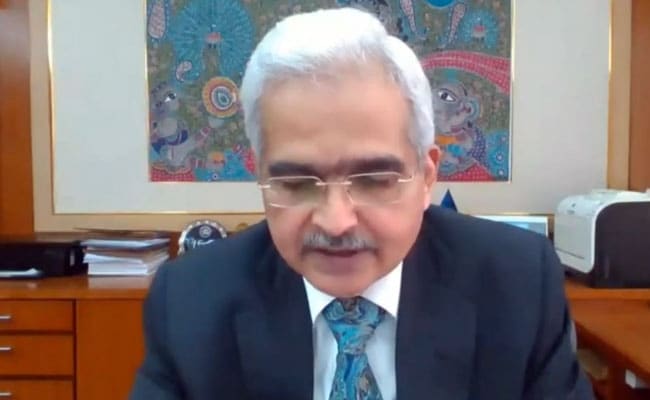 The central bank had slashed the repo rate by 115 basis points (bps) since late March this year.

RBI Governor Shaktikanta Das said on Friday that the country's gross domestic product (GDP) will contract 9.5 per cent in the current financial year. Contraction in the economy witnessed in the April-June quarter "is behind us", the RBI chief told the media in a virtual address at the end of a scheduled review by the newly-constituted Monetary Policy Committee (MPC). The central bank held the key policy rates at existing levels, as widely expected, saying it expects inflation to stay elevated in September, but ease in the third and fourth quarters of 2020-21.

The economy is entering a decisive phase in the fight against coronavirus, RBI Governor Shaktikanta Das said. Speaking on the COVID-19-related situation, he said "silver linings are visible in the flattening of the active caseload curve across the country".

"Barring the incidence of a second wave (of infections), India stands poised to shrug off the deathly grip of the virus and renew its tryst with its pre-COVID growth trajectory," said the RBI Governor.

The government is currently in the process of gradually lifting restrictions imposed on March 25 to curb the fast-increasing coronavirus infections.

The RBI Governor, however, asserted that rural economy looks resilient against the pandemic. In this environment, the focus must now shift from containment to revival, he said. "Kharif sowing has already surpassed last year's acreage as well as the normal sown area... Early estimates suggest that food grains production is set to cross another record in 2020-21," Mr Das said.

Employment is improving in rural areas with migrant labour returning to work in urban areas, he said, stating that "factories and construction activity are coming back to life".

"This is also reflected in rising levels of energy consumption and population mobility. In cities, traffic intensity is rising rapidly; online commerce is booming; and people are getting back to offices. The mood of the nation has shifted from fear and despair to confidence and hope," the RBI Governor said.

Meanwhile, the Monetary Policy Committee voted unanimously to keep the repo rate - or its key lending rate - unchanged at 4 per cent, and the reverse repo rate - the key borrowing rate - at 3.35 per cent. The central bank retained an "accomodative" stance of monetary policy to support the already-slowing economy, which shrank a record 23.9 per cent in the April-June period due to the fallout from the coronavirus pandemic-related restrictions imposed in late March.

Friday's decision on interest rates marked a second status quo in a scheduled review. The central bank had earlier slashed the repo rate by 115 basis points (bps) since late March this year, and by a total of 250 basis points since February 2019.

Not Wise To Overreact To Shocks, RBI Not "Behind The Curve": MPC Member