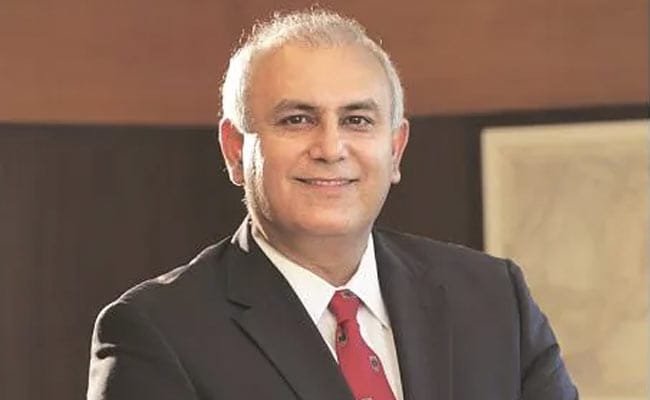 RBL Bank's managing director and CEO Vishwavir Ahuja has stepped down from the post and the bank has appointed Rajeev Ahuja as the interim chief with immediate effect.

The Reserve Bank of India (RBI) has also appointed its chief general manager Yogesh K Dayal as an additional director on the board of RBL Bank.

In a regulatory filing, RBL Bank said that its board has accepted "the request of Vishwavir Ahuja to proceed on leave with immediate effect".

In a meeting of RBL Bank's board which was held on December 25, Mr Rajeev Ahuja, the executive director of the bank, was appointed as interim managing director and CEO with immediate effect, subject to the regulatory and other approvals.

The other terms and conditions of his appointment, such as remuneration, would remain unchanged.

The development took place after RBL Bank received a communication from RBI on December 24 that Mr Dayal has been appointed as an additional director on the board of RBL Bank for a period of two years, with effect from December 24, 2021 till December 23, 2023 or till further orders.

"We wish to mention that the bank is well placed to execute its business plan and strategy as communicated during our earnings call dated October 28, 2021. The business and financial trajectory continues to be on improving trend, post absorbing the challenges due to pandemic," RBL bank said.

The financials of the bank remain robust with healthy capital adequacy of 16.3 per cent, high levels of liquidity as reflected through Liquidity Coverage Ratio of 155 per cent, stable net non-performing assets (NPAs) of 2.14 per cent, credit deposit ratio of 74.1 per cent and leverage ratio of 10 per cent, for the quarter ended September 30, 2021, it further informed.

The bank added that the granularity of its deposits and advances has also improved.

Bank employee unions' umbrella body AIBEA had written a letter to Finance Minister Nirmla Sitharaman expressing concern that everything was not right at RBL Bank and it was going the Yes Bank and Lakshmi Vilas Bank way.

"We are worried and concerned about the developments that are taking place in the affairs of RBL Bank Ltd, the Kolhapur based private bank. The sequence of events leading to the sudden exit of Vishwavir Ahuja along with induction of Mr Dayal from RBI on the board as additional member indicates that everything is not okay with the bank," AIBEA said in its letter to the Finance Minister.

Vishwavir Ahuja had been heading the private sector bank for the last one decade.

While the board recommended his continuation, it is learnt that RBI has agreed only for a short term up to 2022, AIBEA said further.

There are also reports that the bank has been over indulging in retail credit, micro-financing and credit cards and consequently has burnt its fingers, resulting in weakening the financials of the bank, it said.

"In the background of the problems encountered by private banks like Yes Bank and Lakshmi Vilas Bank last year, we urge upon you to immediately intervene in the matter in the interest of the depositors of this private sector bank and consider necessary steps including merger of this bank with a public sector bank," AIBEA's letter to Ms Sitharaman urged.