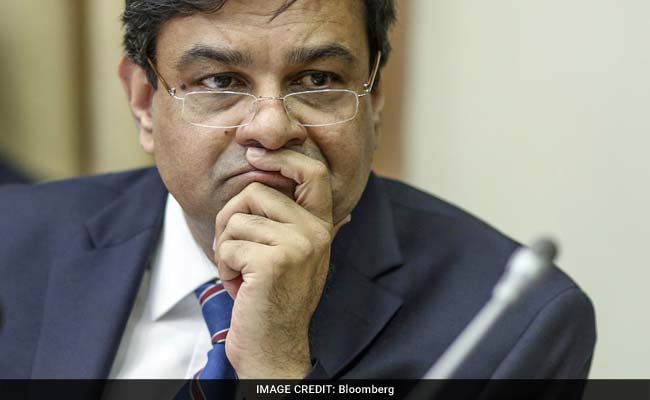 India's central bank is expected to keep policy interest rates unchanged for a third straight meeting, shifting focus to the tools it will use to mop up excess cash in the banking system that threatens to stoke inflation.

The Reserve Bank of India will keep the repurchase rate at 6.25 percent on Thursday, according to all 52 economists in a Bloomberg survey; 42 of 44 see the cash reserve ratio held at 4 percent. However, two see the CRR raised to 5 percent and some analysts flag the potential creation of a new deposit window.

If Governor Urjit Patel raises the proportion of deposits banks need to maintain as cash, it will continue a string of surprises that culminated in February with a shift to a neutral stance, ending a two-year easing cycle. Money market levers offer the RBI more flexibility than policy rates to control borrowing costs in a world where inflation is accelerating though investment stays slow.

"Despite the increase in currency in circulation, liquidity at around 3 trillion rupees through the first-half of the financial year will strengthen the case for near term RBI action," said Madhavi Arora, an economist at Kotak Mahindra Bank Ltd. in Mumbai.

The monetary authority will announce its decision at 2:30 p.m. in Mumbai followed by a press conference 15 minutes later. It will also release growth and inflation forecasts for the financial year started April 1.

Key to the RBI's decision will be whether it believes banks will be able to retain deposits that poured in after Prime Minister Narendra Modi's November clampdown on cash. Excess funds are limiting the central bank's ability to intervene in the foreign-exchange market to rein in the rupee's rally.

The RBI has been using a slew of instruments such as reverse repo auctions and cash management bills to absorb excess funds, but these bear interest costs. The CRR however is interest-free and any increase would be the first since 2010.

To lower effective interest rates and encourage productive lending, policy makers may also consider capping the amount of funds banks can park with it under the reverse repo window while creating a new tool called the Standing Deposit Facility. Banks that park cash with the RBI under the SDF will be paid a lower-than-policy-rate without any accompanying collateral, which could prompt them to opt for riskier lending instead.

Establishing the SDF would however need parliament to amend the RBI Act, so Patel on Thursday will probably lay out a road map to introduce the facility, said Indranil Sen Gupta, chief economist at Bank of America Merrill Lynch.

"Though the RBI has been strategically intervening in both spot and forward markets, unless it tightens its belt on the sterilization tools, liquidity and FX management could get more complex," Kotak's Arora said.

Liquidity management is essential because policy rates can take as much as three quarters to transmit through Asia's third-largest economy. That's a luxury Patel doesn't have: private investment is near a decade low and inflation accelerated in February for the first time in seven months. Core inflation -- the RBI's choice measure that strips out volatile food and fuel costs -- is seen as uncomfortably high for too long, imperiling the inflation target.

Promoted
Listen to the latest songs, only on JioSaavn.com
Investors will also be awaiting a reiteration of a sharp rebound forecast for domestic demand after the cash-ban dip, and more clarity on how the RBI foresees the impact of a planned July 1 roll out of a national sales tax as well as an expected increase in house rent allowances for state staff.

''With Expected Inflation Trajectory, RBI May Normalise Policy By End Of 2021-22'': Experts