RBI To Continue To Respond To Global Spillovers To Secure Stability: Shaktikanta Das 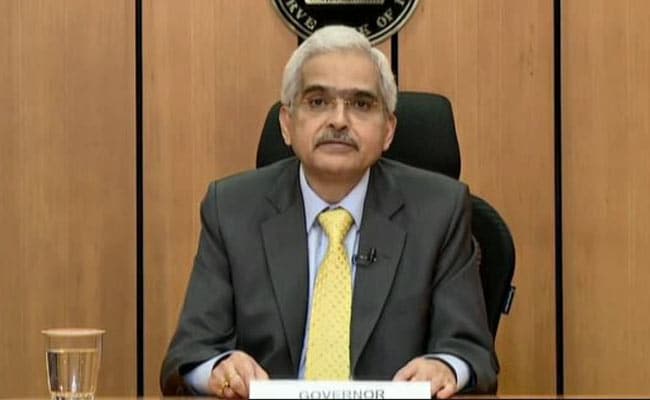 The Reserve Bank of India will continue to respond to global spillovers to secure domestic stability with its liquidity management operations, Governor Shaktikanta Das said earlier this month. His remarks came as the RBI Governor-led Monetary Policy Committee this month left key interest rates unchanged amid persistently high inflation, but said it would ensure ample liquidity to stressed sectors to keep India's nascent economic recovery on track. The RBI will use its various instruments "at the appropriate time" to ensure ample liquidity in the system, the Governor said at the latest policy review meeting, according to minutes of the meeting released on minutes of the meeting released on Friday.

Governor Mr Das, along with five other members of the MPC, voted in favour of keeping the repo rate unchanged, and continue with the "accommodative" stance for "as long as necessary".

The RBI chief favours remaining accommodative for at least the current financial year and into the next financial year, to revive growth, mitigate the impact of COVID-19 on the economy and ensure inflation remains within the target.

The country's economy contracted by a smaller-than-expected 7.5 per cent in the three months to September 30, in a sign of rebound from the record 23.9 per cent slump in the previous quarter.

Consumer inflation eased to 6.93 per cent in November, but stayed well above the central bank's mandated 2-6 per cent target range.

"We need to monitor closely all threats to price stability and possible spillovers to broader macroeconomic and financial stability," the RBI Governor added.