RBI chief hoped that US-China truce on trade tariffs, announced over the weekend, would last as he pitched for joint efforts to push global growth. 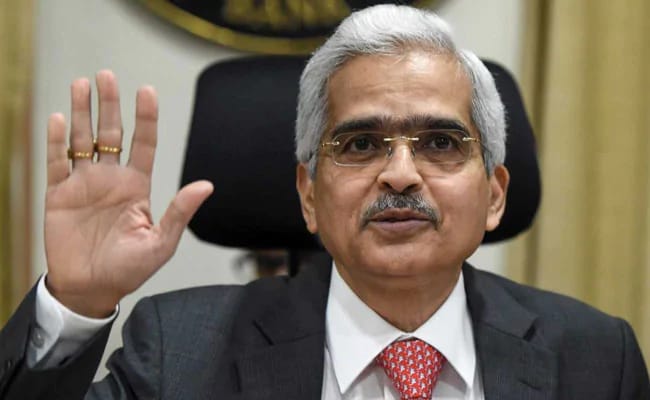 Shaktikanta Das said that in February, the market was surprised with the RBI's call to cut rates.

RBI Governor Shaktikanta Das on Monday said the central bank saw economic growth slowdown in February, prompting it to cut rates ahead of the curve and wondered why markets were surprised with the decision to pause rate reduction.

Noting that there is a need for an "informed and objective discussion" on the country's economy, Mr Das said the RBI would do "whatever is necessary" to address growth slowdown, spike in inflation as well to ensure good health of banks and non-bank lenders.

The RBI chief hoped that the US-China truce on trade tariffs, announced over the weekend, would last as he pitched for coordinated efforts to push global growth like those after the 2008 financial crisis. The apex bank went for five consecutive rate cuts starting in February this year, making it a cumulative reduction of 1.35 per cent.

"Both the government and RBI have acted in time... we have acted a little bit ahead of time in terms of reducing our policy rates. As early as February this year, the RBI saw that there was a growth slowdown, we saw that a momentum for slowdown was building up, so started cutting rates this year," he said.

Speaking at the India Economic Conclave organised by the Times Networkhere, Mr Das said that in February, the market was surprised with the RBI's call to cut rates and wondered why are market participants surprised now also with the pause call.

"In the last Monetary Policy Committee (MPC) meeting when we took a pause, I don't know why the market was surprised. (In) February, I was told that the markets were surprised, but subsequently I am happy and thank all of you for accepting that it was a right call to take.

"This time... I do hope that the events will unfold in a manner which will prove that the MPC decision was right," he said.

At the time of deciding to pause rate cuts on December 5, the RBI had maintained an accommodative stance of the policy and that it would be waiting for upcoming data before taking a final call.

Experts had said that would include level of transmission into actual lending rates in the economy, inflation trajectory which is on the rise and also the fiscal moves by the government.

Many market participants had factored another rate cut given that growth had slid to an over six-year low of 4.5 per cent for the September quarter.

However, headline inflation accelerated to 5.54 per cent, much above the central bank's 4 per cent medium term target.

On Monday, Mr Das cited a six-month-old statement from the RBI where it had said that growth is the priority for the central bank till inflation is under check. Apart from rate cuts, Mr Das said the RBI has also ensured liquidity is in surplus mode with over Rs 2.5-3 lakh crore being absorbed through the reverse repo window daily to help in pushing growth.

It has also introduced many policies for helping banks and the troubled non-bank lending sector, he added. Mr Das said the RBI would do "whatever is necessary" for addressing growth slowdown, spikes in inflation and also ensure good health of banks and non-bank lenders.

Investments in infrastructure by both the Centre and states are critical to push up growth, Mr Das said, adding that the latter grouping needs to do a bit more.

The Governor also said that there is a need to focus more on manufacturing in order to push up the growth process, and asked Indian companies to integrate with the global supply chain to ensure that exports go up.

He said the RBI did a survey as well as earnings analysis of 1,539 manufacturing companies ahead of the last week's policy review, which showed early signs of a revival in investment cycle.

The survey pointed out that the companies put over 45 per cent of the funds available with them for fixed assets in the first half of the fiscal, as against 18.9 per cent in the year-ago period.

He said there is a clear process of balance sheet de-leveraging at corporates, banks and non-banks, which will aid in getting in higher growth in the future. Mr Das also said that India should focus more on textiles and food processing sectors in order to push up growth in the future, along with manufacturing and infrastructure spends.

At the global front, he said there is a need for "timely and coordinated" response by all the emerging and advanced economies in the world to take the right policies for lifting the global economy. Making it clear that Indian slowdown is not entirely attributable to the global factors, he said a higher growth at the world level will be of help for countries like India.

He also rued that Europe has been late in opening up on the fiscal side in response to signs of a slowing growth in the continent.

The RBI chief also welcomed the Supreme Court judgement in the Essar Steel matter as one which has "unclogged" a major issue for resolution of non-performing assets and would help the lenders in the future. Further, Mr Das said the National Payments Corporation of India is creating a subsidiary to take the UPI (Unified Payment Interface) to world markets.