RBI Monetary Policy Highlights: The Reserve Bank of India hiked its key lending rate by 50 basis points to 5.90 per cent. 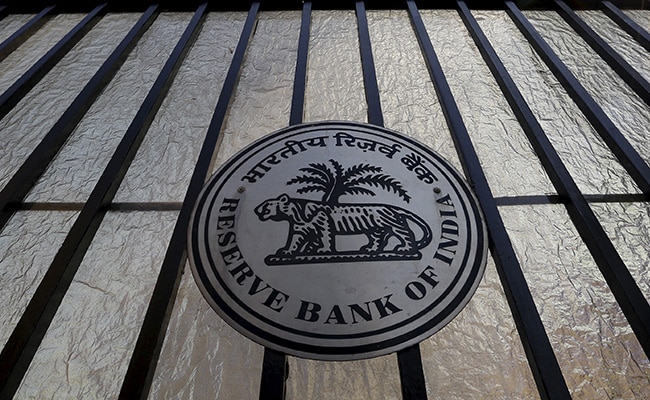 The monetary policy committee (MPC), comprising of three members from the RBI and three external members, raised the key lending rate or the repo rate to 5.90% with a five out of six majority.

The US Federal Reserve's relentless and aggressive interest rate hikes over recent months have sent the rupee down sharply and prompted most economists to predict another 50 bps increase. The MPC has raised rates by a total 140 bps in the last three meetings, including consecutive 50 bps moves in the last two.

The annual retail inflation rate accelerated to 7% in August, driven by a surge in food prices, and has stayed above the RBI's mandated 2-6% target band for eight consecutive months.

Get NDTV UpdatesTurn on notifications to receive alerts as this story develops.
Sep 30, 2022 14:01 (IST)
Currency Movements Are Not Guiding Factors For Monetary Policy: RBI
Reserve Bank of India Governor Shaktikanta Das on Friday said that currency movements are not the guiding factors for monetary policy decisions.
He said currency management is the domain of RBI and that it will deploy all the appropriate measures on the same.
The Monetary Policy Committee, which decided to go for a rate hike of 0.50 per cent earlier in the day, takes into account domestic factors on inflation and growth while formulating its rates strategy, Das told reporters during the customary post-policy press conference. 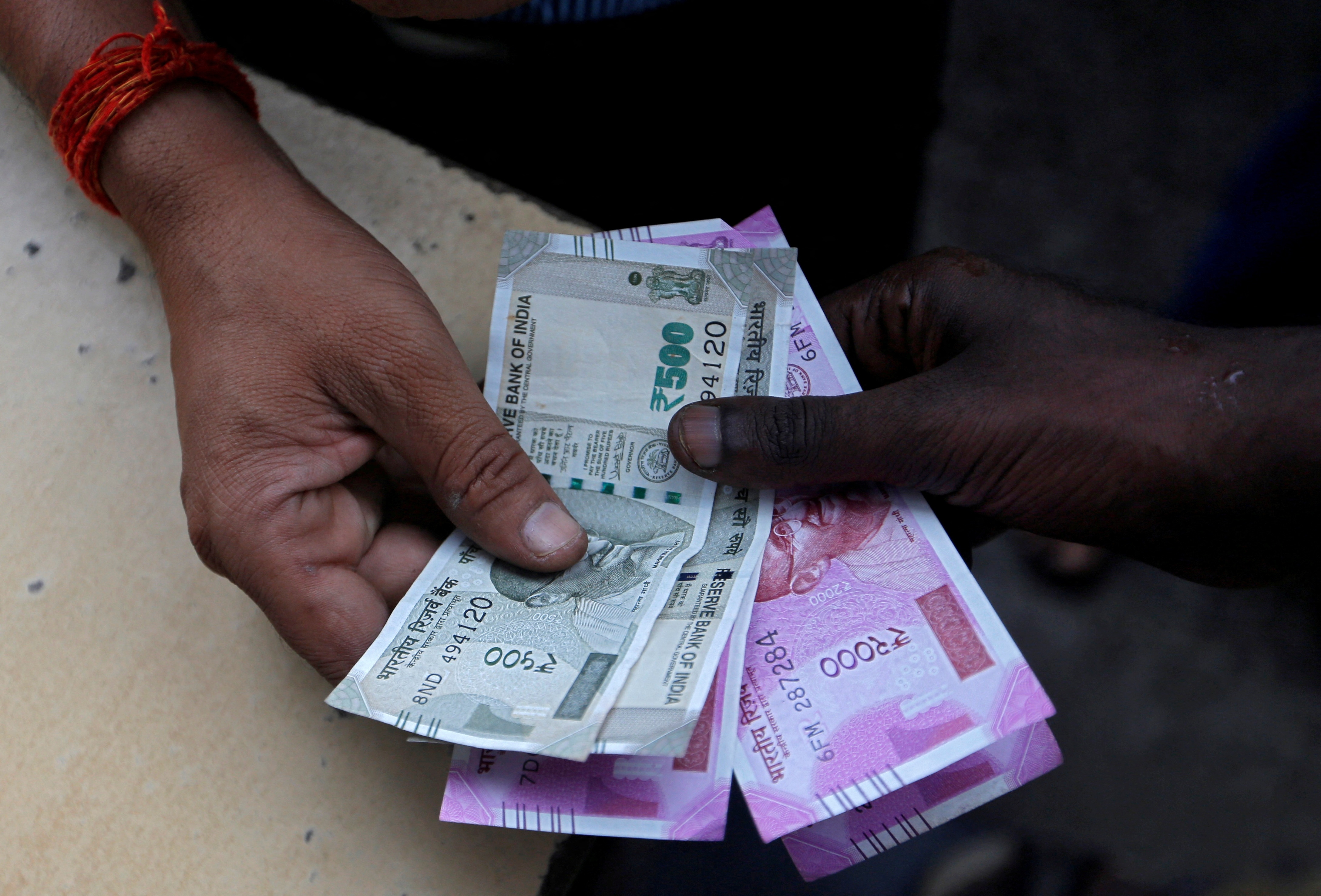 Sep 30, 2022 13:54 (IST)
67% Of Decline In Forex Reserves Due To Valuation Changes: RBI Governor
Sep 30, 2022 13:41 (IST)
Regulations For Offline Payment Aggregators To Be At Par With Online: RBI
Sep 30, 2022 13:21 (IST)
Rupee Rises 12 Paise To 81.61 Against US Dollar After RBI's Rate Hike
The rupee witnessed range-bound movement on Friday and was trading 12 paise higher at 81.61 against the American currency after RBI monetary policy announcement.
At the interbank foreign exchange, the domestic unit opened at 81.60 against the dollar, and witnessed an early high of 81.45 and a low of 81.69.
It was trading at 81.61 against the American currency at noon, registering a gain of 12 paise over its previous close.

Sep 30, 2022 12:58 (IST)
RBI Mulling To Adopt "Expected Loss" Approach For Loan Provisioning
Governor Shaktikanta Das on Friday said the Reserve Bank is mulling to adopt the "expected loss" approach for loan provisioning.
At present, the banks follow the "incurred loss" approach, where money is set aside after an asset turns sour.
Mr Das called the proposed transition a "more prudent and forward looking approach", and said that a discussion paper will be released soon for stakeholders to comment on the same.
Sep 30, 2022 12:48 (IST)
Forex Reserve Adequacy Considered While Managing Volatile Rupee: RBI
The Reserve Bank of India's interventions in the foreign exchange markets are to maintain macro economic stability and the adequacy of forex reserves is always kept in mind, Governor Shaktikanta Das said in a policy speech on Friday.
The rupee is a free-floating currency, with a market-driven exchange rate, the governor said, adding that the RBI did not have a fixed exchange rate in mind and intervened only to curb excess volatility.
"The aspect of adequacy of forex reserves is always kept in mind," Mr Das added.
Sep 30, 2022 12:09 (IST)
Nifty, Sensex Reverse Earlier Losses And Gain After RBI's Rate Hike

Sep 30, 2022 11:49 (IST)
Loans To Get Costlier As RBI Hikes Key Lending Rate To 3-Year High
The Reserve Bank of India hiked its key lending rate by 0.5 per cent to a three-year high of 5.90 per cent, which will weigh heavily on the already stretched budgets of Indian households dealing with a rise in prices of almost every item.
The 50 basis points hike marks the fourth consecutive increase since May 2022. The rate hikes were made necessary by inflationary pressures, the situation in Ukraine, and microeconomic uncertainty in advanced economies from aggressive central bank policies globally. Read more 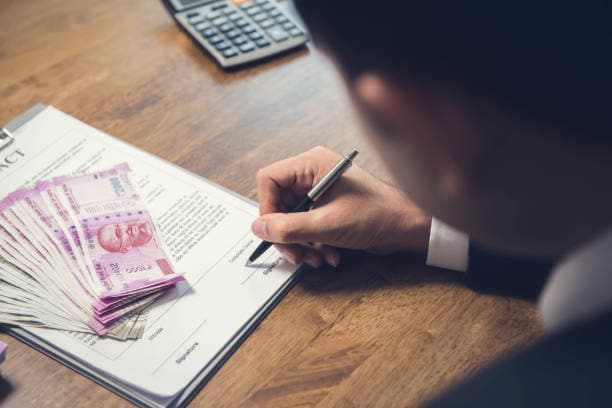 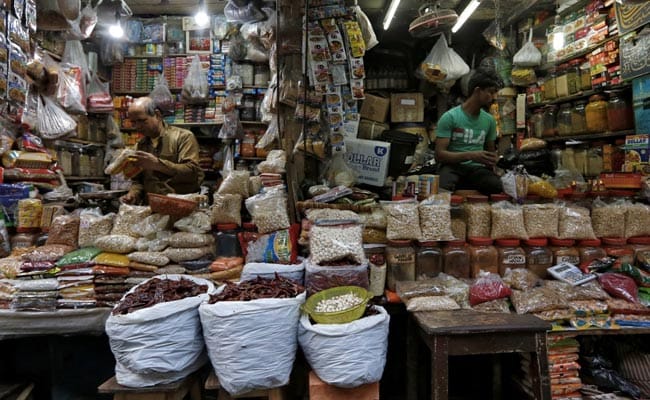 Sep 30, 2022 11:08 (IST)
RBI Cuts Growth Forecast To 7% For Current Fiscal
The Reserve Bank of India on Friday slashed the growth projection to 7 per cent for the current fiscal from the earlier forecast of 7.2 per cent, citing aggressive tightening of monetary policies globally and moderation in demand. Read more 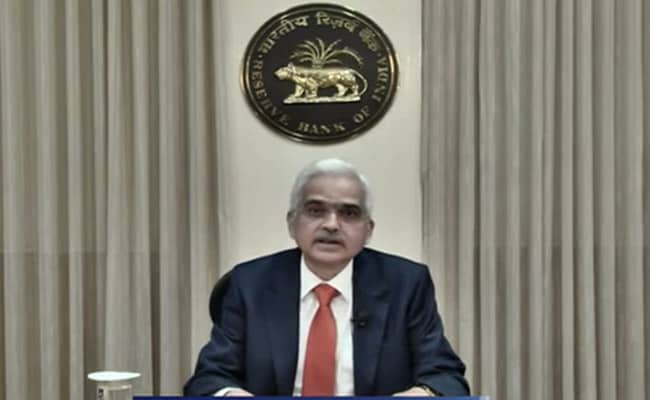 Sep 30, 2022 10:08 (IST)
Just In|  RBI hikes key lending rate by 50 basis points to 5.9%
Sep 30, 2022 10:07 (IST)
Here are the highlights of RBI Governor Shaktikanta Das' address:
Sep 30, 2022 09:53 (IST)
Rupee Gains For Second Straight Day As Dollar Off Multi-Year Highs; RBI Eyed
The rupee gained a touch ahead of the Reserve Bank of India's policy decision on Friday, extending its strengthening pattern for the second straight day, driven by the lower-than-expected widening of the country's current account deficit and as the dollar pulled back further from multi-year highs.
Sep 30, 2022 09:34 (IST)
Sensex, Nifty Fall Ahead Of RBI Decision, Extend Losses For Eight Straight Days
Indian equity benchmarks extending their losing streak to eight days in a row, ahead of the Reserve Bank of India's rate decision, as a deep-sell of in global stocks hurt investors driven by central banks' hawkish rhetoric, concerns about a potential global recession, and rising geopolitical risk.
The BSE Sensex index declines 262.73 points to 56,147.23, and the broader NSE Nifty index falls 70.4 points to 16,747.70, mirroring a sea of red in Asian bourses.
Sep 30, 2022 08:54 (IST)
RBI Certain To Raise Rates Today, But By How Much Is The Question
The Reserve Bank of India is all set to hike interest rates again on Friday, but expectations were divided on by how much, with 0.5 per cent the most likely outcome driven by elevated inflation, the US Federal Reserve's aggressive stance, and a weakening rupee to new record lows repeatedly in recent days. Read more 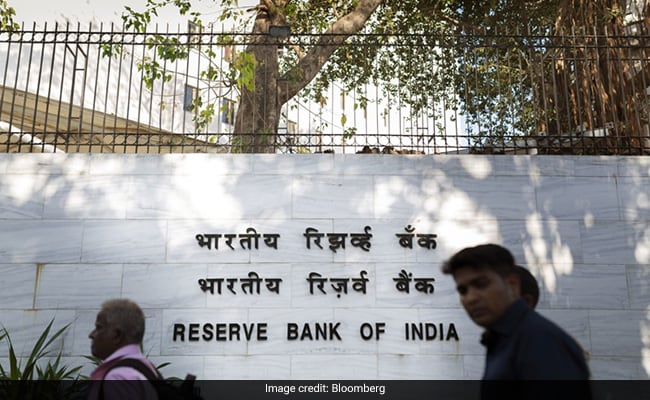 Sep 30, 2022 08:12 (IST)
Better For RBI To Allow Rupee To Depreciate A Bit: SBI Report
It might be better for the Reserve Bank of India (RBI) to allow the rupee to depreciate a bit, letting it find its natural balance, said Soumya Kanti Ghosh in an SBI research report.
Rupee had been holding remarkably well with RBI intervention, however, the markets have performed much better, SBI Group Chief Economic Advisor Soumya Kanti Ghosh said in the research report.