Reserve Bank of India Governor Shaktikanta Das used a generous mix of tools to assure the bond market that the central bank will keep yields under control despite the government's record debt program. 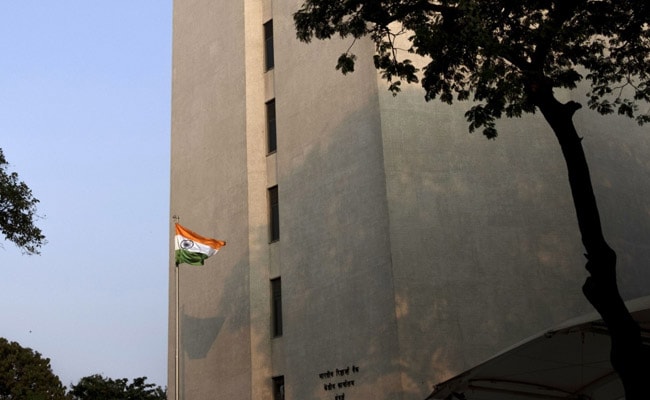 India's central bank took a number of unconventional steps to bring down borrowing costs in the economy as above-target inflation prevents it from lowering the benchmark rate just yet.

While the Monetary Policy Committee retained the repurchase rate at 4% and kept its accommodative stance, Reserve Bank of India Governor Shaktikanta Das used a generous mix of tools to assure the bond market that the central bank will keep yields under control despite the government's record debt program, and also help banks lower lending rates.

"It is said that it takes at least two views to make a market, but these views can be competitive without being combative," Mr Das said in his speech. "Market participants need to take a broader time perspective and display bidding behavior that reflects a sensitivity to the signals from RBI in the conduct of monetary policy and debt management."

The measures were squarely aimed at the bond market, which has been struggling to absorb record issuance of debt as both the central and state governments sought to make up for revenue loss amid the pandemic. Mr Das did allude to further rate cuts to support the economy, which the RBI sees contracting 9.5% in the year to March -- the first official forecast since the Covid-19 outbreak in Asia's third-largest economy.

"This was a bond market policy today rather than the money policy," said Vijay Sharma, executive vice president for fixed-income at PNB Gilts Ltd. Governor Das "has done everything under his control, except cutting rates, to keep interest rates low through the bonds. The bullish sentiment will remain."

Sovereign bonds advanced, with yield on 10-year bonds falling seven basis points to 5.95%, while those on top-rated 10-year corporate notes declined 10-to-15 basis points. The rupee was up 0.1% against the dollar. 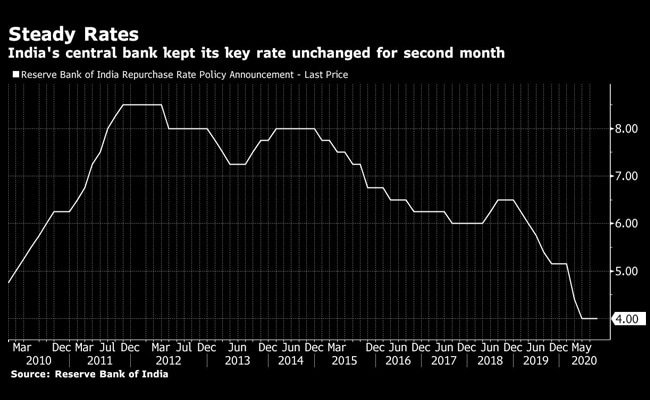 The decision was the first under a newly constituted MPC, which includes three external members who have in the past supported monetary and fiscal stimulus to boost the economy. The previous panel had cut interest rates by 115 basis points this year.

Inflation, which is above the upper limit of the RBI's 2%-6% target band, is seen easing closer to the 4% midpoint in the first-half of 2021, creating room for further policy easing.

RBI's accommodative stance would remain "as long as necessary, at least through the current financial year and into the next year to revive growth on a durable basis and mitigate the impact of Covid-19 while ensuring that inflation remains within the target going forward," Mr Das said.

With Friday's measures, the RBI reinforced its position as the one doing the heavy lifting for the economy in the absence of any substantial fiscal stimulus from Prime Minister Narendra Modi's government.

"We forecast a combination of an imminent sharp slowdown in inflation and a more dovish MPC will lead the RBI to resume easing at the December monetary review. We expect it to make 100 basis points of rate cuts over four policy meetings, lowering the repo rate to 3% by June 2021."

The economy has been slow to recover as the coronavirus continues to spread rapidly in India, home to the second-highest number of virus cases in the world. The Organisation for Economic Co-operation and Development forecasts the economy will shrink 10.2% this year, while Goldman Sachs Group Inc. predicts a 14.8% contraction.

"RBI's announcements today have taken uncertainties away, including that of growth outlook for the year and assured the market of continued support from" the central bank, said Rajni Thakur, an economist at RBL Bank Ltd. in Mumbai.