Ahead of November 19 board meeting of the central bank, the RSS ideologue and RBI Board member made case for loosening liquidity norms for lenders. 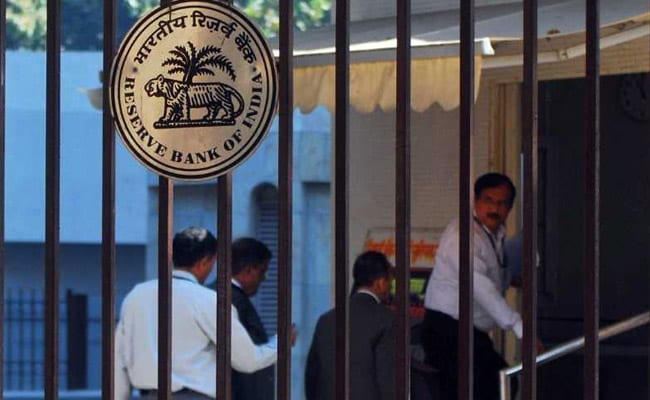 Government only wants formulation of a policy as to how much reserves RBI must have, says Mr Gurumurthy.

NEW DELHI: Calling the government's standoff with the RBI a part of India's thinking ecosystem which depends on American ideas, RBI board member S Gurumurthy on Thursday said the government was not asking for central bank's surplus reserves but only wanted formulation of a policy as to how much reserves it must have. Gurumurthy said there were two studies on the matter -- one suggesting 12 per cent reserves and the other 18.76 per cent -- while according to its latest balance sheets, the Reserve Bank of India (RBI) already had reserves amounting to 27-28 per cent of its assets. Ahead of the November 19 board meeting of the central bank, he also made a case for loosening liquidity norms for lenders, saying restricting banks in a bank-driven economy was like restricting the economy itself.

Mr Gurumurthy said while the standoff was not a "happy thing at all", some policy needed to be worked out.

"You can't say dollar has appreciated this much and give me that money. The government is not asking for that. As per my understanding, the government is only asking for formulation of a policy as to how much reserves the central bank must have," he said while delivering a lecture at the Vivekananda International Foundation (VIF) here.

On the government's demand to loosen liquidity norms for lenders, Gurumurthy said: "Banks are the lifeline. But Indian policy making is based on American model in which the stock market is the prime mover and bank is the subordinate player. But in India, bank is the main player. So in a bank-driven economy, if you restrict the banks, you are restricting the economy. You are restricting the flow of funds into the economy."

He said there were set norms prescribed for banks on how much capital they must have.

"In Japan, for the internationally active banks, capital norm is 8 per cent and for domestic banks it is 4 per cent. In India, it is 9 per cent for both. I don't know from where this 9 per cent was brought by the regulator," he said.

"So banks have less money to lend. There is no discourse on this in India. There are only four internationally active banks in India and all others are domestic banks. They need not have 8 per cent capital. But they are also forced to having not only 8 per cent, but 9 per cent capital," he added.

"We create problems for ourselves where problems do not exist and you get praised for that all over the world... how great an institution you are, how independent you are. So we are now guided by the same thought, and are not truly independent."

Gurumurthy said while the US printed 4.5 trillion dollars between 2008 and 2014, India gave up its right to print its own currency in 2002 through Fiscal Responsibility and Budget Management (FRBM) Act.

"It is not necessary that if they (US, Japan) print, we should also print. But if we need, can we print today? There is a liquidity problem. Can the government of India say I will give you (RBI) Rs 1 lakh crore worth of securities and you give me the cash? It cannot do that because it passed a law giving up that power. It's an issue which needs to be discussed.

"Can you have a national economics based on inflow of foreign currency? These are issues which will decide the state of economy of India."

He said India needed to think, debate and discuss making amendments to the FRBM Act so that the government can print Indian currency in time of need.