Ace investor Rakesh Jhunjhunwala has purchased a total of 1.29 crore shares of Yes Bank at an average price of Rs 67.10 per share. 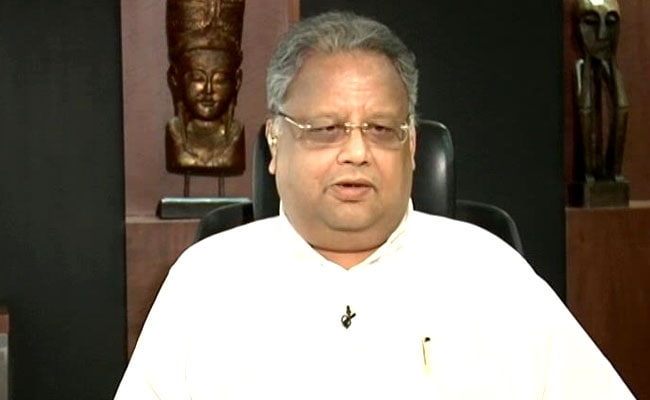 Ace investor Rakesh Jhunjhunwala has purchased Yes Bank shares worth Rs 87 crore. Rakesh Jhunjhunwala purchased a total of 1.29 crore shares in the private sector bank at an average price of Rs 67.10, according to bulk deal data from the BSE. At that price, the stock purchase by Mr Jhunjhunwala amounts to around Rs 87 crore. Shares in Mumbai-based Yes Bank soared 8.77 per cent to hit Rs 71.90 at the strongest level during Tuesday's session after the news.

Yes Bank had informed stock exchanges last week that it had received a binding offer of investment worth $1.2 billion from a global investor.

On Friday, Yes Bank reported a net loss of Rs 600 crore for the quarter ended September 30, as against a net profit of Rs 965 crore in the corresponding period a year ago. Its asset quality worsened, with gross non-performing assets (NPA) as a percentage of total advances rising to 7.39 per cent in the July-September period, from 5.01 per cent in the previous quarter.

Yes Bank's net non-performing assets (NPAs) - or bad loans - increased to 4.35 per cent in the second quarter of current financial year, from 2.91 per cent in the quarter ended June 30.

Yes Bank shares have witnessed heavy selling pressure so far this calendar year on account of the lender's worsening asset quality. On October 1, Yes Bank shares hit an all-time low of Rs 29, taking the year-to-date losses to 84 per cent.