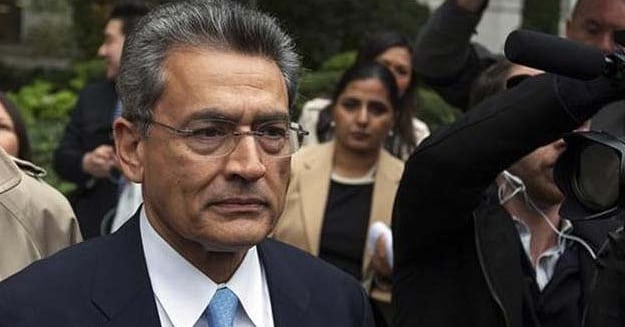 New Delhi: The meteoric rise and an equally dramatic fall of Rajat Gupta - the former head of McKinsey who was charged in the largest insider trading case in the US - will be captured in a memoir to be published by Juggernaut Books.

"Candid, compelling and poignant, Gupta's book promises to be an extraordinary human story - of a man who had it all before he lost everything," the publishing house said in a statement about the top corporate advisor, who was released last month after serving 19 months in US prisons.

"His memoir tells the story of his meteoric rise, and an equally dramatic fall and the lessons he learned from this journey - from the hardships of his childhood to his unprecedented success in corporate America and his years in prison," the statement said.

Mr Gupta, now living in his Manhattan home, himself recollected what he went through.

"My life has had many ups and downs and in this book I want to talk about my struggles and how I've found solace, strength. How do you act without attachment. Help others without expectation. And forgive without bitterness." he was quoted as saying in the statement.

"How do you maintain peace and dignity in the most difficult circumstances. These questions permeate all of our lives. I hope the youth in particular will benefit from the learning in my journey," he said rather candidly.

Mr Gupta, who was convicted in June 2012 for leaking tips to hedge fund billionaire Raj Rajaratnam, was released on January 5 this year from Federal Medical Centre Devens, a federal correctional facility in Ayer, Massachusetts.

He then completed his final two-month sentence at his apartment in New York City.

His publisher's statement said for nine years he ran the world's most influential consultancy and was considered a leading mind in business strategy. He also led many social initiatives, such as the Indian School of Business and the Public Health Foundation of India.

He also chaired the advisory board of Bill and Melinda Gates Foundation, among others.
"After a high-profile and lengthy trial in 2012 he was found guilty and sentenced to two years in jail. He served his jail time, which included periods of solitary confinement, and was released in 2016," the statement said.

"Throughout this time, Gupta has maintained his innocence and his appeal to vacate his conviction is still pending before the US Court of Appeals."