Union Budget 2021: Last year, Finance Minister Nirmala Sitharaman had announced the introduction of 150 private trains across the national rail network in the next three-four years 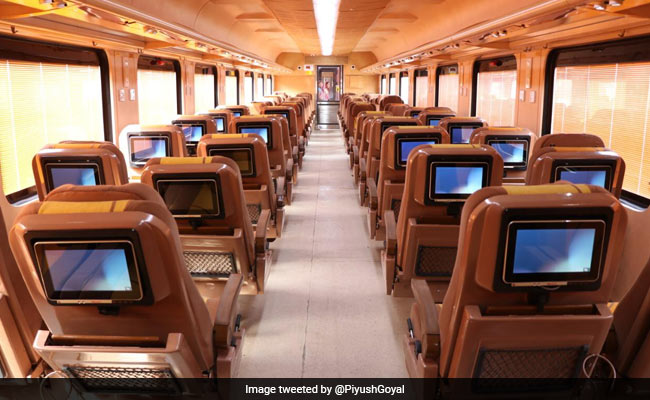 Railway Budget 2021: Tejas Express trains are among the fastest trains in the country

Union Budget 2021: As part of Indian Railways' first private investment initiative for operating passenger trains, the Railway Ministry earlier this year, completed the process of evaluating applications for public-private partnership (PPP) in passenger train operations. Out of the 120 applications,102 applicants were found eligible to participate in the request for proposal (RFP) stage. Infrastructure majors such as Larsen & Toubro (L&T), BHEL, and GMR were among the 102 eligible operators qualified to bid in the first stage. Indian Railways sought private investment of around Rs 30,000 crore for running modern passenger train operations. (Also Read: Public-Private Partnership In Indian Railways: 102 Applications Eligible To Bid For Passenger Train Operations )

The Indian Railways Catering and Tourism Corporation (IRCTC) is also one of the leading applicants qualified to participate in the RFP stage. The Railway Ministry had invited the request for quotation for private sector participation for passenger train services over 109 origin-destination (OD) pairs of routes through the introduction of 151 modern trains or rakes. The 109 OD pairs of routes have been formed into 12 clusters across the railway network. Railway authorities had started taking applications from October 7, 2020. The private entities for undertaking the project will be selected through a two-stage competitive bidding process consisting of request for quotation (RFQ) and request for proposal (RFP), Ministry of Railways had said in July 2020.

In Budget 2020, Finance Minister Nirmala Sitharaman had announced the introduction of 150 private trains across the national rail network in the next three-four years. The Finance Minister also announced that more Tejas Express-style trains will be introduced on some of the major tourism routes. The Tejas Express trains, operated by IRCTC are a more premium version of the Shatabdi Express-style air-conditioned chair car trains.

"Gravely Disappointing": Budget Gets A Bad Review From Hospitality Sector