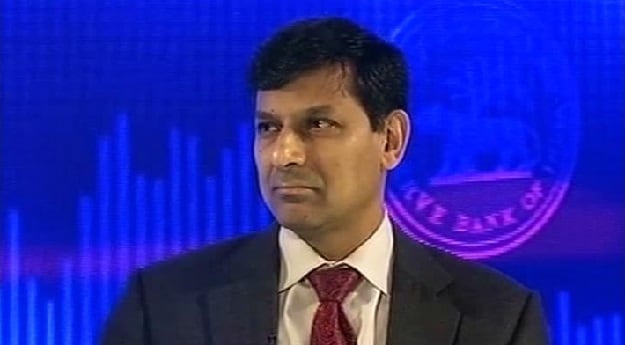 Mumbai: With Reserve Bank of India Governor Raghuram Rajan's comments on 1930s-like problems resurfacing having created a flutter, the central bank on Sunday said the RBI chief did not imply there being an imminent risk of the world economy slipping again into the Great Depression as that was caused by "many factors".

The RBI, however, added that Mr Rajan indeed said that "the policies followed by major central banks around the world were in danger of slipping into the kind of beggar-thy-neighbour strategies that were followed in the 1930s".

"The Great Depression was a period of great turmoil, caused by many factors and not just beggar-thy-neighbour policies. Governor Rajan did not imply or suggest that there was any risk of the world economy, which is in steady recovery notwithstanding uncertainties like those in the Euro area, slipping into a new Great Depression," the RBI said.

This strategy involves 'making a beggar out of neighbouring nations' and is typically aimed at increasing the demand for one's exports while reducing the reliance on imports. This is generally done by devaluing the nation's currency to make the exports to other countries cheaper.

Delivering a lecture at London Business School on Thursday, Mr Rajan had asked central banks from across the world to revisit the "rules of the game" to find a solution as he warned of problems similar to the Great Depression of 1930s emerging again. (Read more)

"I am not going to venture a guess as to how we establish new rules of the game. It has to be international discussion, international consensus built over time after much research and much action," Mr Rajan had said.

"But I do worry that we are slowly slipping into the kind of problems that we had in the thirties in attempts to activate growth... I think it's a problem for the world. It's not just a problem for the industrial countries or emerging markets, it is a problem for all of us... Now, it is a broader game," he had said.

Clarifying these remarks, the RBI on Sunday said in a statement that a section has "mis-characterised RBI Governor Raghuram Rajan's remarks at the AQR conference at London Business School on June 25, as saying the world is at risk of a Great Depression".

The RBI further said, "What Governor Rajan did say, in his remarks made off the attached written text, was that the policies followed by major central banks around the world were in danger of slipping into the kind of beggar-thy-neighbour strategies that were followed in the 1930s."

"He then called for new rules of the game in the international monetary system, a call that he has made before, and is gaining some traction."

The Great Depression refers to a period of severe global economic downturn in the 1930s, which had affected almost all countries across the world. It started in 1929 and continued till late 1930s and still remains the longest and most widespread period of the global economic depression.

Mr Rajan, who is among the few to have predicted the 2008 financial crisis and has also been chief economist at the International Monetary Fund (IMF), had said the problem was a "broader" one and for the entire world - not just for industrial countries or emerging markets.

The former IMF chief economist, who has earlier warned against competitive monetary policy easing by central banks globally, had also said the situation is different in India on this front and the RBI remains more focussed on bringing down the lending rates to spur investments.