Public Health Groups For Hike In Cess On Tobacco Products

The overall tax rate on all tobacco products in India is still very low compared to other middle-income countries, including those in South Asia. 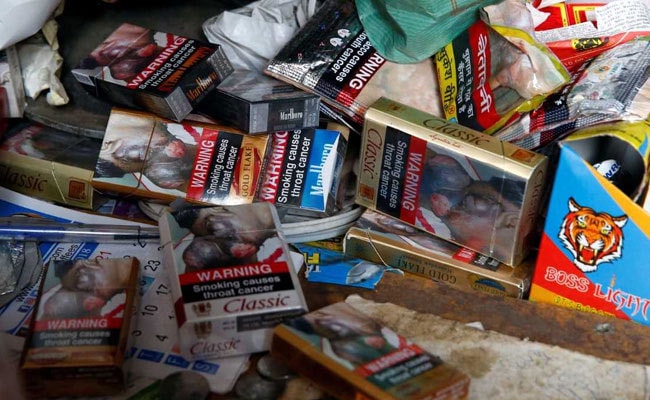 Tax burden on bidis post-GST is only 22 per cent compared to 53 per cent for cigarettes.

New Delhi: Public health groups along with doctors and economists have urged the Group of Ministers in the GST Council to increase cess on tobacco products to raise the much-needed disaster remediation revenue. Experts said global experience has shown that such a tax increase will decrease tobacco use and expand government revenue. Imposing additional cess on all tobacco products, including bidis, will be a huge win for public health and revenue generation, Bhavna B Mukhopadhyay, chief executive of Voluntary Health Association of India, said.

"This move will provide much-needed relief to the people of Kerala while motivating millions of tobacco users to quit and preventing youngsters from initiating tobacco use," Mukhopadhyay said.

WHO recommends that countries impose tobacco excise taxes that amount to at least 75 per cent or more of retail price to achieve the dual objective of reducing tobacco use and increasing government revenue.

The overall tax rate on all tobacco products in India is still very low compared to other middle-income countries, including those in South Asia.

Tax burden on bidis post-GST is only 22 per cent compared to 53 per cent for cigarettes and about 60 per cent for smokeless tobacco. All of these are well below the WHO recommended rate of 75 per cent, Rijo John, economist and health policy analyst, said.

It is critical that the 28 per cent GST rate category be retained for demerit or sin goods such as tobacco.

This serves two purposes, as it firstly sends out a strong public health message discouraging the consumption of sin goods.

Secondly, having a separate sin tax category decreases the pressure on the other three rate bands which are applicable to essential commodities allowing the government to have a relatively lower standard GST rates for those items while still maintaining a revenue neutral position, John said.

According to John, "Compensation cess constitutes more than two-thirds of the total tax revenue from cigarettes. As these cesses were not revised for more than a year, cigarettes have become much more affordable compared to the time GST was implemented and it warrants significant upward revision of cess rates applied on cigarettes."

Experts, however, rued that taxation levels on bidis have remained low based on the argument that bidis are a poor man's pleasure and higher taxation will affect the livelihood of millions who depend on the trade for their sustenance.

Bidis contribute to a majority of the 10 lakh deaths in India every year as well as the staggering economic burden caused by tobacco use and tobacco-related diseases.

"There is ample evidence about bidis being the killer and not the pleasure of the poor. It should be made unaffordable for the poor to save them from a lifetime of misery and suffering," said Harit Chaturvedi, chairman, Surgical Oncology, Max Health Care.

Since tobacco taxes are particularly effective in reducing tobacco use among vulnerable populations, higher taxes on bidis will protect India's weakest strata.

"It is thus ironical that bidi unlike cigarette is not classified as a 'sin' product under GST even though it is causing health and economic harms to millions of poor Indians," Mukhopadhyay said.

The total economic costs attributable to bidi smoking from all diseases and deaths in the year 2017 for persons aged 30-69 years amounted to Rs 80,550 crore ($12.4 billion) while the excise tax revenue from bidi was only Rs 420 crore in 2017 which is only 0.5 per cent of this cost.

Lauding the leadership and vision of the GST Council to help Kerala raise funds for rehabilitation of its people affected by the recent floods, they further said that cess on tobacco products can be increased to address the crisis facing the citizens of Kerala.

Imposing cess on all tobacco products to raise revenue for disaster relief is a win-win as it will save lives by reducing consumption across India and save lives affected by the natural calamity, Mukhopadhyay said.