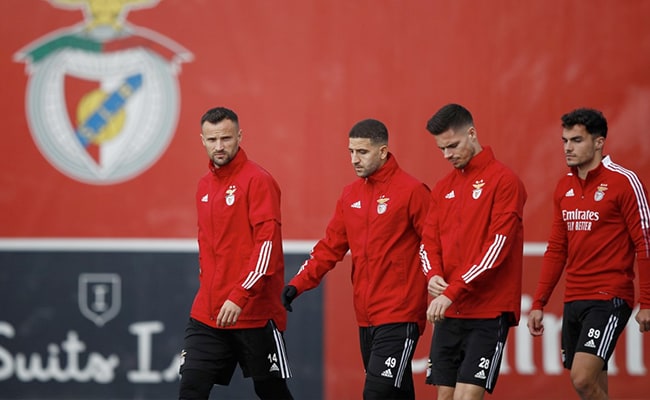 "It's a market which has been influential in our industry of late. Benfica is constantly focused on searching for and delivering a positive experience to our fanbase. We are delighted to be partnering with Socios".

Fan tokens are a type of cryptocurrency that allow holders to vote on mostly minor decisions related to their clubs.

They are increasingly seen by clubs as a source of new revenue. Socios.com, which provides such tokens for Manchester City, Barcelona, Paris St Germain and other top clubs, says they generated nearly $200 million for its partner clubs in 2021.

Like bitcoin and other digital currencies, fan tokens can be traded on exchanges. They also share with other cryptocurrencies a tendency for wild price swings.

Some regulators have issued warnings to investors about digital assets.

Soccer star Lionel Messi signed an agreement worth more than $20 million in March to promote Socios.com after the two-year contract he signed with PSG in August 2021 included some of the French club's cryptocurrency fan tokens in a "welcome package".

The Argentinian became only the latest global sports personality to enter the crypto world, following NFL quarterback Tom Brady and NBA star LeBron James. Messi's deal was part of a growing wave of tie-ups between crypto firms and soccer.

Benfica presented their worst financial results of the past 11 years for the 2020-21 season, with losses of 17.4 million euros due to the impact of the COVID-19 pandemic.

Not even the return of fans to the stadiums has balanced the numbers. In March, the club announced losses of 31.7 million euros in the first half of the 2021-22 season.

In July 2021, Benfica President Luis Filipe Vieira was detained as part of an investigation into alleged tax fraud and money laundering. Benfica SAD shares dropped after the news.