Political climate in India needs to get better: Raghuram Rajan 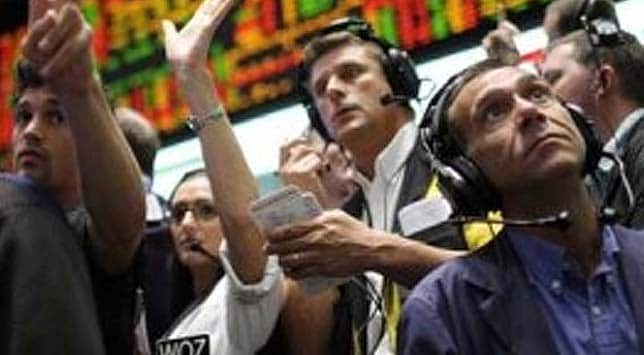 In India, we cannot have one party proposing in power and opposing when out of power. Raghuram Rajan, well-known economist and Eric J. Gleacher Distinguished Professor of Finance at the Booth School of Business at the University of Chicago says, political climate in India needs to get better and the government should focus on improving per capital income of people.

Speaking to NDTV's Prashant Nair at the World Economic Forum in Davos, Rajan said that India needs to resolve many issues like power shortage, land acquisition and education in order to get back growth.

Below is the complete interview.

Prashant: Is the discussion around capitalism just purely academic or the issue is getting magnified because the world is going through very tough times.

Raghuram Rajan: Well, we have seen some big sort of losses in the financial sector, we have seen the follow-on crisis and people are certainly asking questions about capitalism. I think there is a healthy process, you figure out what's going wrong. I think the notion about a better system waiting out there has been with us for 230-240 years. We still have to find that but that does not mean that we cannot make improvements of the existing systems, so debate is good.

Prashant: Do you feel we are, in a generational kind of a shift, cannot actually see it happening or its too tough to call?

Raghuram Rajan: That may well be and change especially, when it’s evolutionary, you see the net cumulative effect of it after many years. The big shift is going on, clearly technology is having an impact, perhaps lesser than in the past but it is still. We think we are in the age of technology but our fathers and grandfathers went through the age where cars came in, trains came in; those were in the order of magnitude greater than just the internet that we are experiencing.

Secondly, they have seen the growth of India and China, big countries, enormous effect on the world in terms of production, in terms of consumption. We are adjusting to these things and we are adjusting to it in the midst of a financial crisis in industrial west, which suggests that we should ask questions about where we are going.

Prashant: According to you, what should be the mood point of the debate right now? What's the central question which needs to be debated upon in the context of the challenges which world is facing?

Raghuram Rajan: Two big questions, one is how do you tame a financial sector, so that gives you the good side and finance is important. It finances entrepreneurships, which I think is very critical to innovation that we need. So how do you keep the good side but prevent the bad side which is financial crisis, whether it is in the West with the mortgage supreme crisis or in Europe with Sovereign debt crisis or in China with lending to the local governments.

All our financial systems are experiencing turmoil. So how do you get the good without the bad, that's one? I think this is more again a global issue, how do you prevent inequality from building up, one of the things that globalisation does along with technology is it gives the skilled, the more educated a better chance at playing in the global economy and as a result income disparity whether in India or in America have a tendency to grow. How do you bring people who are falling behind along with you and the temptation in the short run is – let us blow the budget, spend on them and I think we are seeing the consequences to some extent of that kind of an action whether its blowing the government budget or blowing the household budget. You blew the household budget in the U.S. by a credit expansion, household credit and eventually a household bust. So, we need to do this in a more stable way.

Prashant: So there are two points that you brought out, one is at the financial crisis and how do get out the good aspects of finance, the financial services industry and second is inequality right. The point I was making is this entire issue of current system of capitalism relevant focuses in the second aspect which is essentially that it fosters inequality, that’s the argument put forth by a lot of people. How do you see that? How do you respond to that?

Raghuram Rajan: Well so, there is a natural effect of capitalism, which is pushing resources to those who are more productive, who are more capable, the allocative process of capitalism would tend to increase inequality. At the same time, though competition tends to make incumbency less tenable in capitalism, you don't have the nomenclature in the Soviet Union, you don't have entrenched interest that you had.

And as a result it gives the new comers a chance, now what we need to do is make sure they are equipped with the right kinds of capacities. In India, for example, we have to focus much more on education for the very poor, for the middle class so that they have a chance to obtain the kind of wealth that the upper middle class is obtaining. That improvement of opportunity by improving capabilities is something that capitalism has the potential to do but to get people to that place where they can compete you have to have also effective government. And I think that's where, in U.S. where education is failing in the primary sector and the secondary sector or in India where again we need improvements across the spectrum, those are some of the big issues you should be debating and to some extent lot of energy now is focused on do we need extra stimulus rather than how do sort of focus on medium and long term.

Prashant: Let’s talk about India for a bit, the government officials at the RBI over the last couple of months have been categorically again and again stating that the India growth story is credible. How do you think about that?

Raghuram Rajan: Well, I think three things helped us in the period of strong growth before the crisis. We did reforms in the 1990s; we didn't see the fruits until the early 2000, 2003, 2004, 2005 and 2006. So, that was helpful, we never sold it that way. There was an impression that we do reforms, but nothing happens, then why do reforms. And as a result there seems to be a mood in Delhi that there's no need for this. We are going to grow anyway. So that's one problem we have.

The second problem is we didn't realise how dependent we were on world growth. A period of 2003-07 was of a very strong world growth, we became much more open in terms of our exports, our imports and now we are seeing that the world slows down, India does slow down, we are not totally immune even though we are not net sort of exporters, we own our current account surplus.

The third thing is we had resources which were unutilised. In the period of strong growth, we ran out of those resources. And to some extent we are not generating as many as we should.

I mean look at the price of managers in India. Look at the price of plumbers going through the roof, so we need to take action on all three. Another constraint is power, we never fixed that, we didn't fix the food distribution system, so we're coming to the limits of growth there. We have to recognise if we don't reform we could fall below 7 per cent, 7 per cent is not we should take for granted, we aim for 9 we come to 7. If we aim for 7 we'll go to 5 and so on. I do think the political climate in Delhi has to get better. We can’t simply have one party proposing in power and opposing when out of power. That climate has to change.

Prashant: Do you see that changing?

Raghuram Rajan: I don't have an insight into the politics. I hope at some point the people essentially send a verdict to the Centre that we don't like this. It is hard in an environment of coalition politics to send that unequivocal verdict; politicians interpret what they want out of election results.

Prashant: You said in early 1990s, reforms that we did I mean sort of both the fruits in 2000 right, early 2000, the boom period essentially. So essentially what you are saying is there is this huge lag and because some of the issues to be addresses is fundamental, I mean there's going to be lag between implementation now and what we sort of derive out of it is quite long. So, don't expect quick returns or quick solutions to get back to that growth path.

Raghuram Rajan: Absolutely, one of the problems is we haven't sold reforms partly potentially because of this lag. People, especially young population, certainly see that this world is very different from the world their fathers live in. But nobody is tied that to we did these things. I mean where is the support for competition, where is the support for the market. Again and again we are going back to may be the government should do this, may be the government because of the private sector cannot be trusted. So, in such kind of an environment, there are no politicians sort of standing out there and saying if the people take charge of this.

Prashant: What's the one thing that you would like the government in India to focus on right now to bring back the growth?

Raghuram Rajan: Our per capita income is thousand dollars.

Prashant: Well, they can afford to grow it by 1-2 per cent.

Raghuram Rajan: We are postponing the advent of so many millions who are in poverty now into at least a reasonable livelihood by staying at 7 per cent rather than going at 10 per cent or 12 per cent. That's 5 per cent points of growth that we are losing out if we don't do what is necessary.

Power is very important in the very short term; everybody knows we need to fix the core problem. Somehow we can't figure a way to deal with Coal India, we are doing prioritisation again by stealth and of course where we do it by stealth that raises all questions about transparency. We have to seize this problem and realise that doing it via the public sector has limited returns and try and involve much more and transparent, private sector participation in the power sector and also in energy, especially in coal.

Another big issue is education, that's a more medium term issue but if we don't do it right, the problems will emerge 5-10 years from now. We need to make sure that we roll it out in the right way which means tolerate all varieties as long as they are providing good education and don't go back to a license permit education. There is some danger that the Right to Education bill will force us in that direction; I think we have to be more careful that we avoid that.

The third is land acquisition. There is a fair deal between the corporate sectors, the farmer but we should make sure what it doesn't work only in theory but works in practice. We need the land acquisition bill to be implementable and for that what is on the table needs some serious change.