Policy Intervention In Economy To Continue When Needed: Nirmala Sitharaman

"I am looking at the economy and I will continue to address the problem of the industry and any crisis," the Finance Minister Nirmala Sitharaman said 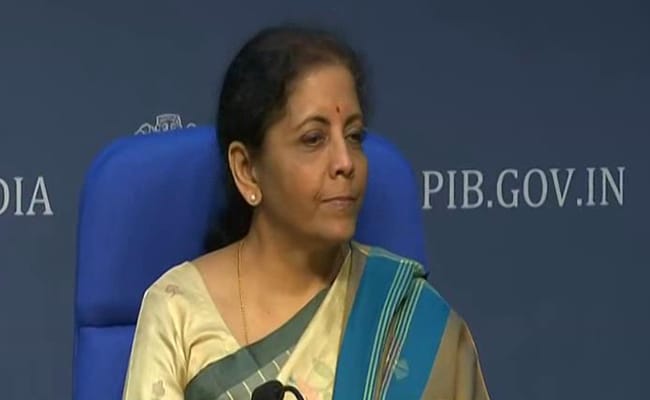 "I will not engage in speculations over retail inflation and interest rates," the FM added

Finance Minister Nirmala Sitharaman on Friday, while refusing to provide any timeline for uptick in the economy amid rising inflation, contracted factory output and decline in second quarter GDP growth to 4.5%, said that she would continue to intervene in the economy when and wherever needed.

"I am not engaging in any prediction-based questions, neither will I answer speculations. I am looking at the economy and I will continue to address the problem of the industry and any crisis. I am here to intervene in the economy when needed," she said in response to a barrage of questions on the probable time period for return of higher economic growth.

"Till now, sectors that have demanded some kind of intervention, we have responded to them. I'll be keen to see whether these steps are meeting the expectations of the sectors. If not, I may want to see if I need to do more. As of now, there is no other sector that has approached me as yet.

"I will not engage in speculations over retail inflation and interest rates," the FM said, after being asked if there is no more possibility of interest rate cuts by RBI in view of the high inflation.

Ironically, the finance minister began the media interaction by saying, "We are here to put various legislative measures that we have taken and to come back to say where we are on the various announcements that were made before the Parliament session commenced for winter session and what progress has been made prior to the budget session."

On the possibility of a review of GST rates at the upcoming Council meeting, she said she and her team (the Finance Ministry) have not discussed the matter.

"There has been no discussion of changing the GST rate in the Finance Ministry so far", she said. But she also dismissed the possibility that it is completely off the table.

On the review of compensation cess to states under GST, she said no one is denying that the states have a right to compensation.

As states have not being paid compensation for loss of revenue from implementation of GST since August, Sitharaman had on Thursday assured that the Centre will honour its commitment but did not say by when the dues will be cleared.

States, having surrendered powers to collect taxes on goods and services after local levies got subsumed into the Goods and Services Tax (GST) from July 1, 2017, had received guarantees through legislation of being compensated for loss of revenue in the first five years of GST implementation.

This monthly compensation was to be paid within two months, but states haven't received any amount since August 2019.